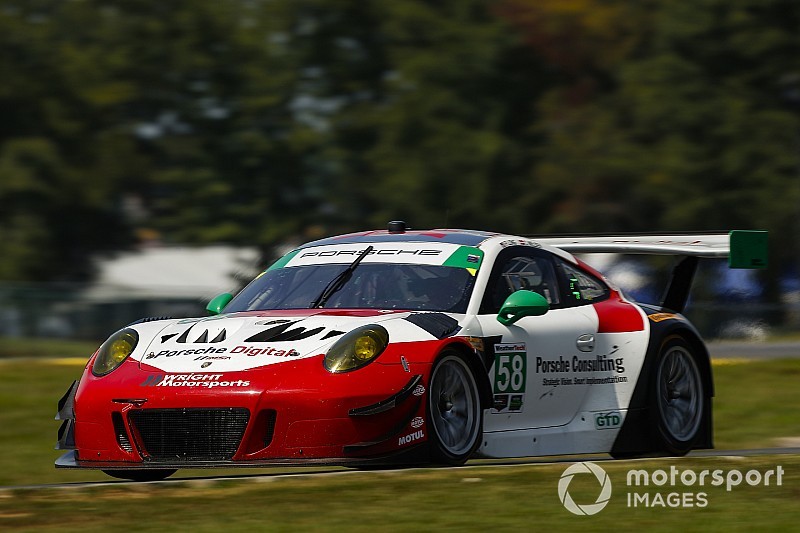 Two Porsche 911 GT3 Rs run by Wright Motorsports will be on the starting grid for what was formerly the GT class of the Pirelli World Challenge, now known as Blancpain GT World Challenge America.

The #58 Pro class Porsche will be driven by Patrick Long and Scott Hargrove, while the #91 Pro-Am entry will be piloted by Anthony Imperato along with Matt Campbell and Romain Dumas, with driver sequence to be announced at a later date.

Long, who claimed the 2017 Overall, Sprint, Team and Manufacturers’ championships with John Wright's team, said: “Continuity in motorsport is something a driver can only hope for. I am honored to add a fourth chapter to my story with Wright Motorsports and to be back with a team that has the talent and focus to win.

“GT3 racing in today’s landscape is ultra-close and that requires you to squeeze every hundredth of a second out of yourself. It tests your communication and trust as a group, so that’s where I find comfort in building on what we’ve worked on together for the last three seasons."

Hargrove, who joins Wright Motorsports as reigning World Challenge champion, said: "I’ve been a fan of Patrick Long for a long time and watched him race growing up. It’s an honor for me to now be teammates with him and to join Wright Motorsports, with all of the experience they have.

“They’ve proven time and time again that they’re a team to beat and I have no doubt that we’re going to be a strong package. Like Patrick, I was fortunate to have gotten a taste of the new Porsche 911 GT3 R this month. The car feels phenomenal and I’m eager to develop on what is already a very strong platform."