Former F1 star Rubens Barrichello pulled off the perfect strategy to win Race 2 from 14th on the grid in Campo Grande’s Brazilian Stock Car round, while pole-winner Thiago Camilo won the opener.

After qualifying at the back of the grid for Race 1, Barrichello began his recovery in the first race in order to have a better start position for the second event. He took advantage of changing four tyres and refueling at the end of the opener, and then made a ‘flying’ pitstop in Race 2 to secure first position.

“You have to fight for it, the regulation allows that to happen, so for the second race we were able to execute it perfectly. I didn't have a good qualifying, but I leave here very happy with all I got,” said Barrichello. 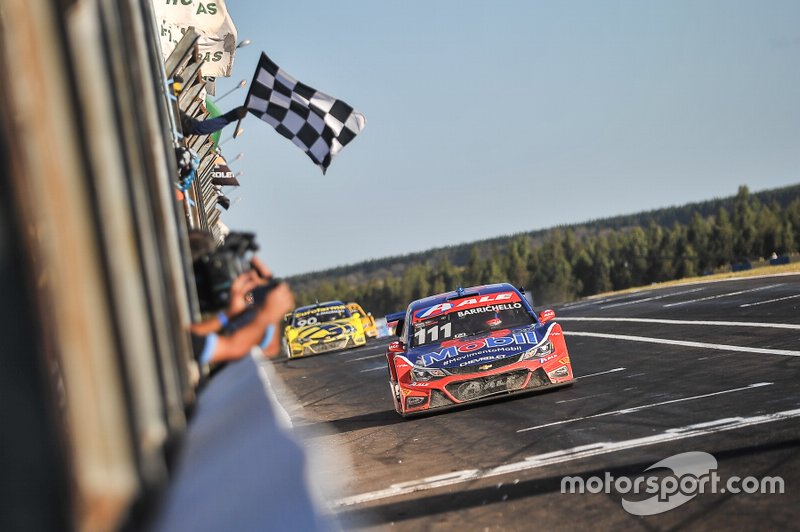 “I am so happy,” said Camilo. “Having a win after the Santa Cruz do Sul weekend was very positive. We leave Campo Grande as the highest scorers of the weekend, the goal is fulfilled, we deduct points from [points leader Daniel] Serra.”

Ricardo Maurício and Gabriel Casagrande completed the Race 2 podium, with Serra – who still leads the championship – in fifth.

The next round will be the 'Million Race' on August 25 at Interlagos.