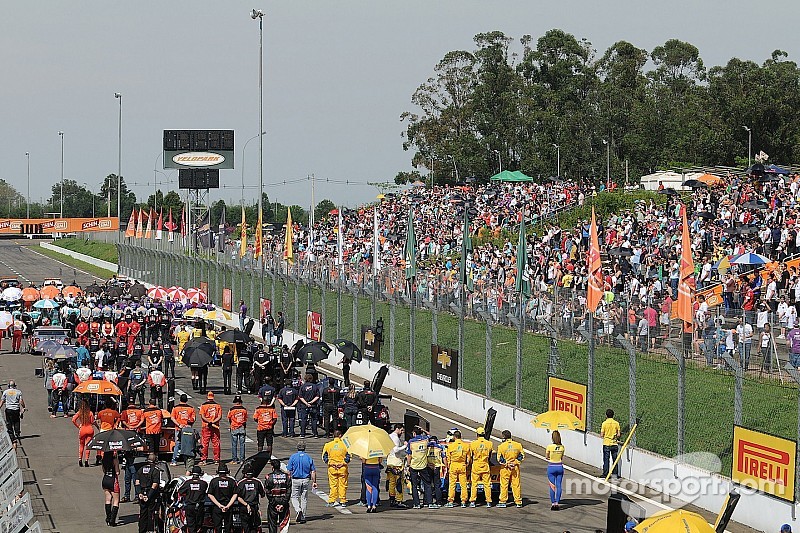 The Velopark circuit holds the third round of the Championship.

It is not a street circuit, but it is the shortest one on the Braziltian Stock Car calendar. The Velopark racing track, located 30 kms away from Porto Alegre, in the Southern region of Brazil, holds the third round of the season with another double-header on the 2,278 meters-long circuit, with two long straights and low-speed turns where the lap time differences are the smallest in the whole season - last year 29 drivers were within the same second on qualifying.

Top-eight drivers separated by only ten points in the standings

After the double-header in the streets of Ribeirão Preto, Cacá Bueno leads the championship with 33 points. His margin is very small, since Marcos Gomes comes second with 31 points, and Julio Campos scored 29. Allam Khodair is fourth with 27 points; Sérgio Jimenez has 26, Thiago Camilo 25, Rubens Barrichello scored 24 points so far, and Tuka Rocha has 23. Only ten points separating the top-8 drivers in the standings.

This Friday there will be two free practice sessions. On Saturday there will be the final practice at 8am and qualifying at 12pm (Brazilian time). Race one will start on Sunday at 1pm for 47 laps, and the second header at 2:20pm for 26 laps. Pit stop for tyre change at race one will be mandatory, and the cars will need fuel to do both races, so refueling will be part of the strategy for the drivers and a must-do during the first header.