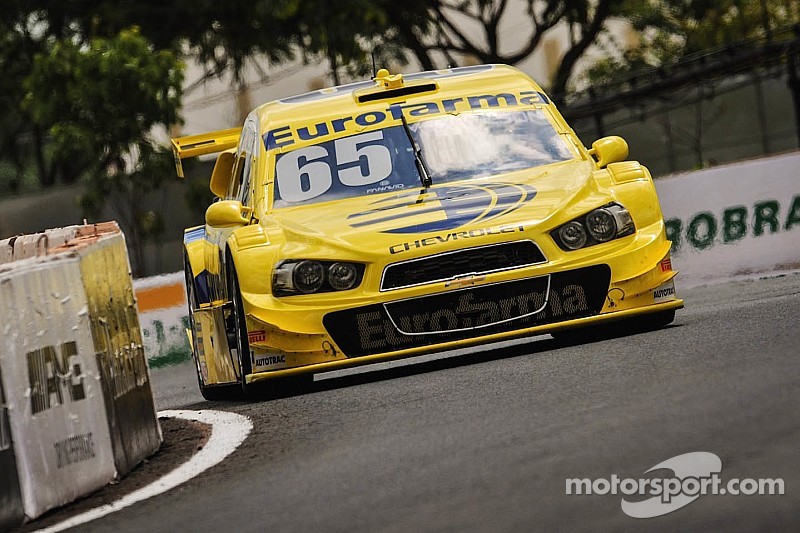 Round two of the championship takes place on the streets of Ribeirão Preto in the first double-header of the season.

A thrilling qualifying session took place on the streets of Ribeirão Preto, Brazil, this Saturday. For the second round of the Brazilian Stock Car Championship, the rain came five minutes before the start of the session, causing a series of red flags and the order coming from the race director for everyone to use the Pirelli wet tyres.

However, the session had a happy conclusion, at least for Eurofarma-RC’s Max Wilson, who took his third Stock Car pole position. Five-time champion, Red Bull Racing’s driver Cacá Bueno starts second, with Ricardo Maurício and Allam Khodair on row two. Moreover, for a street circuit where overtaking is even more difficult, it means an auspicious start for the 2010 champion. "Starting from pole is good in any circuit, but on the streets we may have an advantage", says Wilson.

For tomorrow the main target is to fight for the win.

Five minutes of rain were enough to wet the track. But as the drivers hit the circuit by groups of four (following the order of Goiânia’s race result), the second red flag came when Cesar Ramos hit the wall entering turn 5. Later on, the track started to dry out, and even with wet tyres, the times were improving. Each driver had two flying laps.

When Rubens Barrichello set 1min11s922 in the 2.298 km circuit and the following group could not match his time, Max Wilson came flying past the walls - and even touching them - to take pole with 1min11s198. The only thing he had to do then was to wait for his teammate Ricardo Maurício, alongside Marcos Gomes and Allam Khodair, finish their laps - and not match his laptime - to celebrate his career third pole position.

"Everything went fine. The track was relatively dry, and I was concerned with the final group because the surface was improving. I tried not to stress the tyres in my warm-up lap, because in the dry they were overheating a little bit. Anyway, I am happy for myself and for the team - as well for my teammate and friend Ricardo. For tomorrow the main target is to fight for the win", said Max Wilson.

Brazilian Stock Cars take the streets for round two