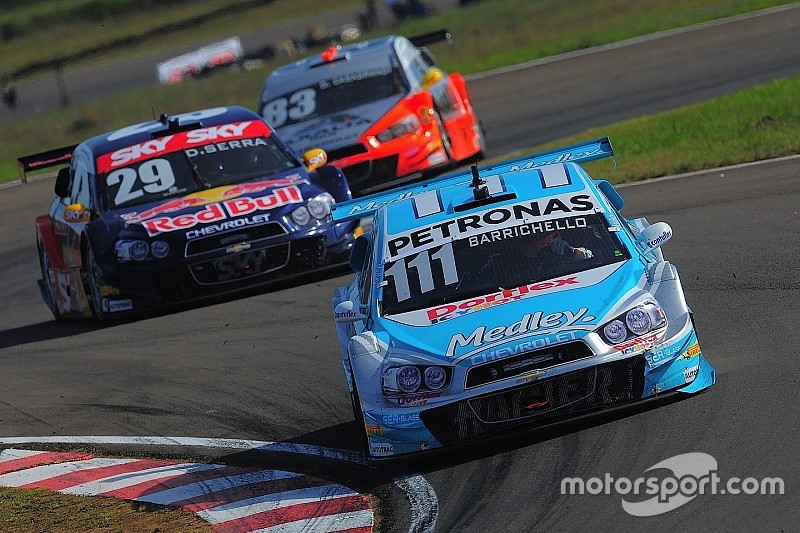 A fortnight splits rounds 3 and 4, when teams and drivers leave the 35ºC of Goiânia heading south to face between 10-15ºC in Santa Cruz do Sul this coming weekend.

From the 30-degrees Celsius heat of Goiânia to a prediction of 10 to 15 in Santa Cruz do Sul for the fourth round of Brazilian V8 Stock Car Championship the coming weekend at the beautiful and (still) quiet city located 120 kilometers away from state capital Porto Alegre.

The previous round showed that strategy will be crucial for the next races, and that will be no different at the 3,5-km long challenging racetrack in southern Brazil. Marcos Gomes and Galid Osman took victories ten days ago, and the championship battle started to take shape as Gomes now leads the standings with 59 points, only three ahead of his teammate Felipe Fraga. Six points behind is 2014 champion Rubens Barrichello, followed by Valdeno Brito, Átila Abreu and Cacá Bueno - who had not a very positive Sunday in Goiânia, despite saving a P6 on race two - closing the top-6.

Brazilian V8 Stock Cars will race in Santa Cruz do Sul for the 14th and 15th time. The 11-year-old circuit holds a tradition of fierce racing - and some accidents as well. Bueno, a five-time Stock Car champion, is the only one to repeat a victory in this circuit. He won in 2005, 2007 and 2008.

The compressed schedule comprises track activities only on Saturday on. The first free practices will be broadcast live on Brazilian V8 Stock Car’s official YouTube channel. Qualifying and both of the races will be shown live at SporTV.