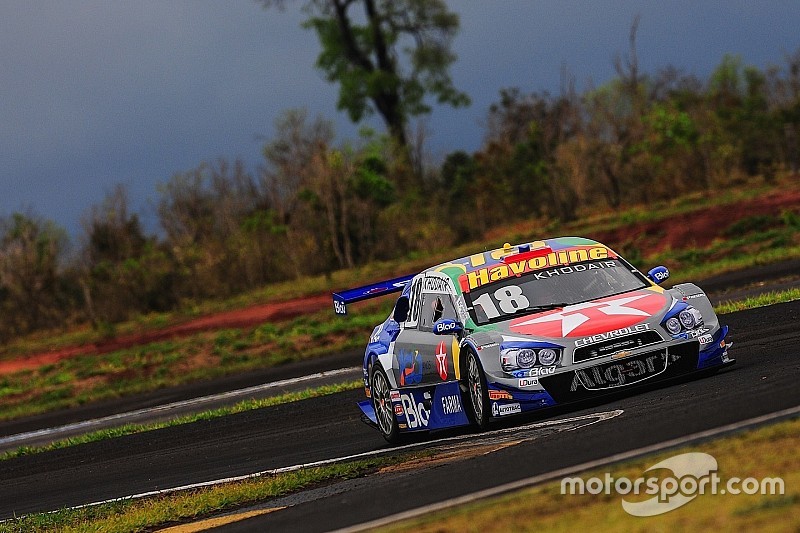 Season leader Marcos Gomes starts in second, while Cacá Bueno will have to dig a little deeper after taking only the 11th position

In one of the fastest tracks of the season, no one bet Allam Khodair’s pole position time. The Full Time-Texaco driver flew past the 3.069-km racetrack in the South of Brazil and made a 1min09s197, 0s044 faster than season leader Marcos Gomes, who can clinch the title this Sunday if opening the lead gap from 37 to 49 points ahead of competition.

But Saturday was a big day for the "Flying Japanese", as Khodair is known by his peers: he had was also awarded with the Mobil Trophy of Best Overtaking Maneuver by passing eight cars at once at the start of race two last round in Curitiba. Most important, for him, is to keep Marcos Gomes behind during the race.

"For some races we had been losing pole position to Marcos and starting on the first or second row. Today I got to do a good lap - not perfect - and he (Gomes) almost took it from me again. However, we are in good shape. Pole position is always important, so we have to work on a good car setup to manage tire wear for the race, as this track demands too much on the rubber", said Khodair.