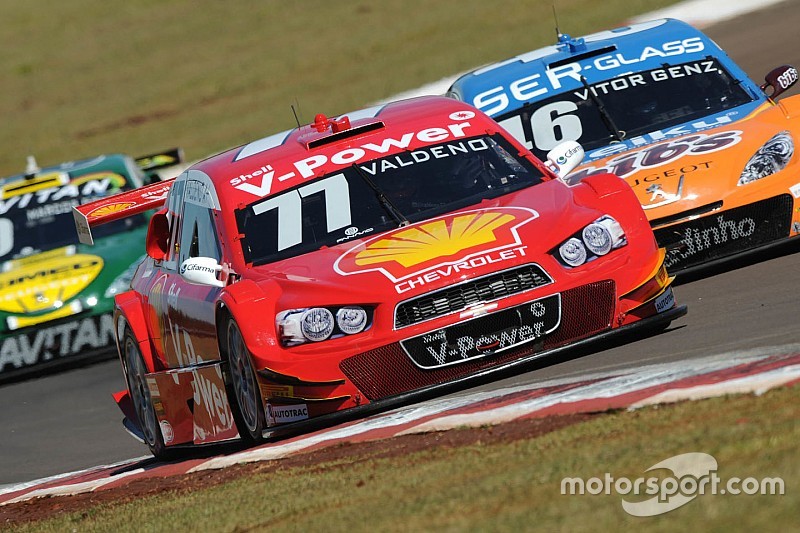 The main candidates for the 2015 Brazilian V8 Stock Car title have a new battle this weekend. For the fourth time this season - after one open testing in February and two racing weekends in May and August - teams and drivers arrive in Curitiba for round ten of 12. Marcos Gomes, who won race 1 last round in Campo Grande, is the series leader with 209 points, 24 ahead of Cacá Bueno.

Nevertheless, there are other contestants. With five more races to go (two in Curitiba, two in Tarumã on November 8th and the final in Interlagos on December 13th), at least ten more drivers have a mathematical chance. Below Gomes and Bueno in the standings are Daniel Serra, current champion Rubens Barrichello, Allam Khodair, Thiago Camilo, Max Wilson, Julio Campos, Ricardo Maurício and Valdeno Brito closing the top-10 championship table.

Barrichello brings a new livery for his #111 Chevy. The traditional Medley green-blue scheme is replaced in Curitiba by a pink painting as part of a national campaign called "Pink October", which alerts for the importance of preliminary breast cancer diagnosis, as the former F1 star is sponsored by a Pharmaceutical industry.