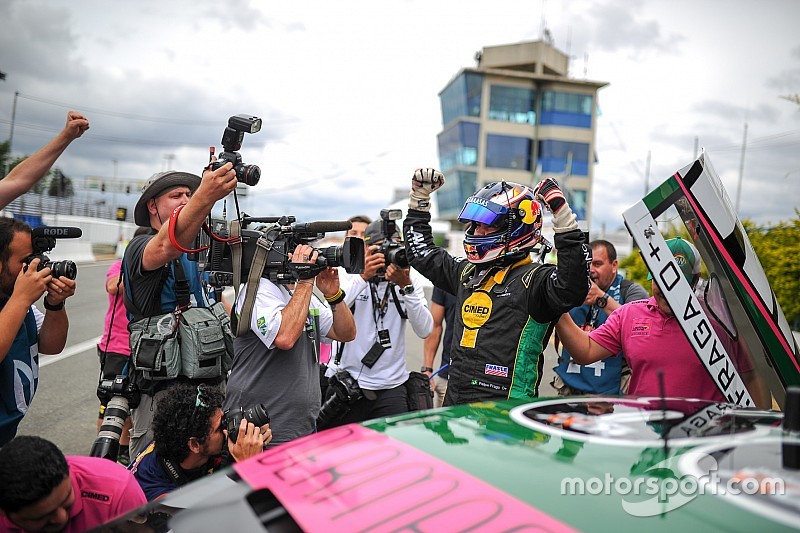 The qualifying session that settled the starting grid for Brazilian V8 Stock Cars round nine, in Curitiba, was not full of surprises. However, the pole position could only be known when the clock was stopped in the end of the session. In this scenario, current championship leader Felipe Fraga was the fastest man and took his second pole position this season with a lap time of 1min19s018.

"We used a different strategy and saved to the very last attempt, on the third lap, unlike the other drivers, who gave it all since the first laps. I am glad it worked, because here in Curitiba starting in front is the safest place to be", the Cimed driver reminded.

His lap was 0s099 faster than Ricardo Maurício. The Eurofarma racer, two-time Stock Car champion, held the provisional pole until Fraga’s final lap. "I have an excellent car. The only problem is that we were in the fifth group of drivers (out of eight) to hit the track, when the surface isn’t in its best conditions grip-wise. Anyway, I am pretty confident and looking forward to the races tomorrow", said Maurício.