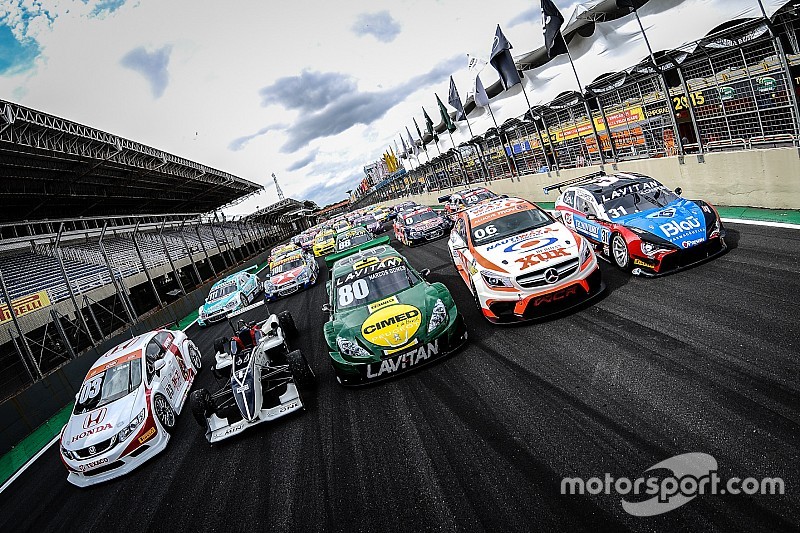 Curitiba is the venue to the All Star Race, the 2016 season opener, with new points system

The waiting is now over. Brazilian V8 Stock Cars will roar its engines for the first time this year this weekend. The All Star Race, in which teams bring drivers from all over the world to share the cars with the regular drivers in a 65-minute race, opens de 2016 season, the 38th in the local Stock Car history.

Curitiba is the venue to hold the season-opener. But the beautiful capital of Paraná state will host for a Stock Car race for the last time. The 3.695-km long racetrack is the second in races had held in Brazilian Stock Car history - there were 54 races, behind only the world famous Interlagos. The circuit was sold and will be officially closed in July.

The pit stops are not anymore mandatory

The main change in the race format for the season is in the garages: the pit stops are not anymore mandatory. At the double-headers, race one will be 45 minutes long and race two, 30 minutes. The driver who wants to pit during race one can only do so until the 35th minute of the heat. Tyre change and refuelling are forbidden between races.

The points system features another important change. The top-20 will be awarded points in the first heat of the double-headers. The same will be applied to the Million Reais Race. The winner takes 30 points, with 25 to the second placed driver and 22 for P3. From P4 through P17 racers will score from 20 down to seven points. The last three drivers to score will be awarded with five, three and one point.

Matos defends substance use, saying it was to fight against tumors