Fraga and Casagrande are the winners at Cristais 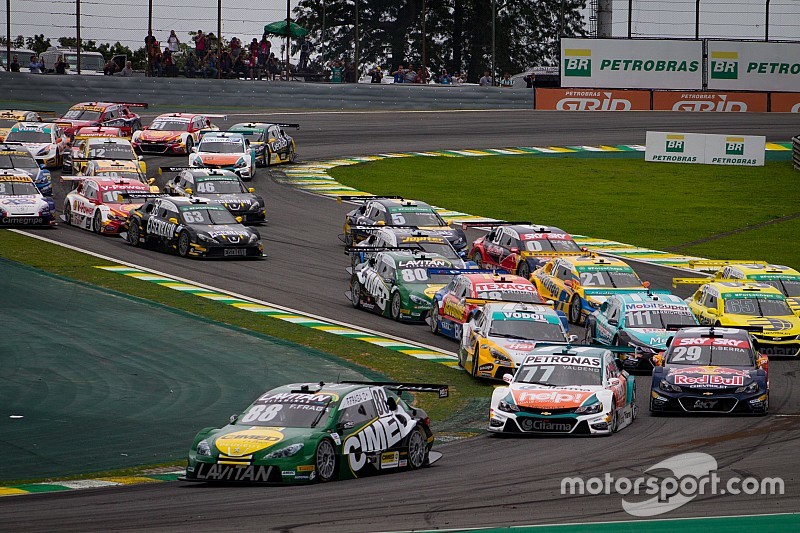 Cimed Racing driver started Race 1 on pole and managed the advantage to win for the second time in Curvelo. On Race 2 Gabriel Casagrande reaches the victory for the first time in his career.

Felipe Fraga won the first race of the double round of Stock Car in Curvelo, held on Sunday (23). The Cimed Racing driver made a firm run without being bothered at any time by rivals, although Safety Car has joined the competitors twice.

The reigning champion controlled the lead at a fast pace and crossed the finish line first for the second time this year. Daniel Serra was the second and Ricardo Maurício overcame Ricardo Zonta at the finish line to be third, although the timing put the Shell rider ahead.

The Stock Car has the ninth win of 2017 and a new name on the list of winners in the series. Gabriel Casagrande took advantage of the rule of the inverted grid, dropped in pole position in race 2 in Curvelo.

The Vogel's driver resisted Thiago Camilo's early attacks in the first part of the race and managed the advantage after refueling, triumphing in peace. Camilo - who got involved in a little touch with Ricardo Zonta - finished second, with Attila Abreu completing the podium.