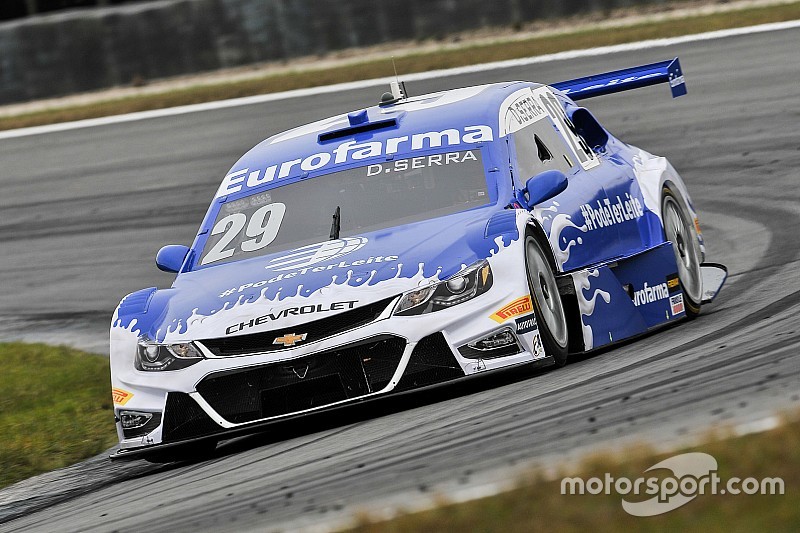 Daniel Serra and Ricardo Mauricio were the Sunday's protagonists

The Eurofarma RC team was the highlight of the 10th stage of the Stock Car, which took place on Sunday (22nd) at the Tarumã Speedway, winning the two races of the double round, first with Daniel Serra and then with Ricardo Maurício. The results of the weekend in Viamão (RS) maintains Daniel Serra in the lead of the championship with 289 points. The points difference between the two rivals Daniel and Thiago Camilo distanced by another 5 points keeping Thiago still in second place.

Daniel Serra was consecrated the winner of the fist race in the Taruma's double round Stock Car. The championship leader benefited from a penalty given to Ricardo Zonta  towards the end of the race .

The second place went to the race pole position Gail Osman, trailed by Max Wilson who finished the race in third place place. Thiago Camilo had a checked flag in forth.

Ricardo Mauricio got the win in the second race on that Sunday. After starting in the 16th position Ricardo Mauricio performed an outstanding push button strategy, an advantage that took Felipe Fraga's Lead in the final minutes of the race.

The current champion of the category, who started in 27th, finished in second position, with Attila Abreu in third.

The winner of Race 1 in Tarumã, Daniel Serra, left the race shortly before the race 2 started.

Stock Car Brazil  next stage will be played in Goiânia, on November 19.