Thiago Camilo and Bruno Baptista were the winners of the Velo Citta round of the Brazilian Stock Car Championship on Sunday. 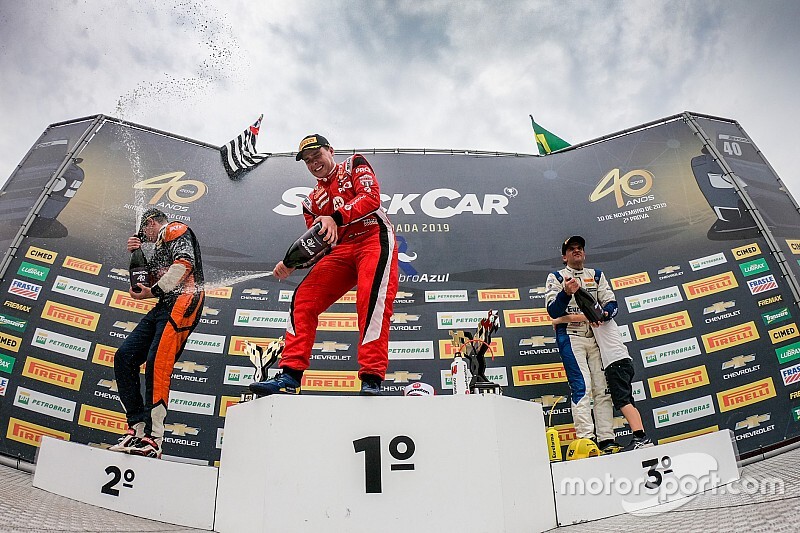 After claiming his sixth pole in ten rounds this season, Camilo benefited from a good strategy to win Race 1, while Baptista was aggressive to beat his opponents in Race 2.

The first race featured a strategy dilemma due to rain before the start, and a drying track thereafter. WEC star Felipe Fraga was the only top driver that opted for the wet compound, but lost ground and finished seventh, opening the way for a dominant Camilo.

“It was a mentally exhausting race because you have to drive the car on a wet track so you can maintain the lead over second place and you still have to think about what will happen during the pit stop window,” said Camilo afterwards.

Camilo then started 10th in the second event, and was in the hunt for another podium, but spun in the chase of Le Mans star Daniel Serra, who finished third in both races, while Baptista beat other rivals to win.

“I am very happy for my first victory in the series,” said Baptista. “We work hard to arrive on this day. And we will work harder to get more wins and try to fight for the title.”

Ex-Formula 1 driver Rubens Barrichello didn’t have a good round. The former Ferrari man has falled off the pace of his rivals in the championship standings, but he keeps positive.

“It was one of the toughest tests for us in terms of competitiveness against opponents. In this condition, it is difficult to adopt a different strategy”, said Barrichello, who finished 13th and sixth.