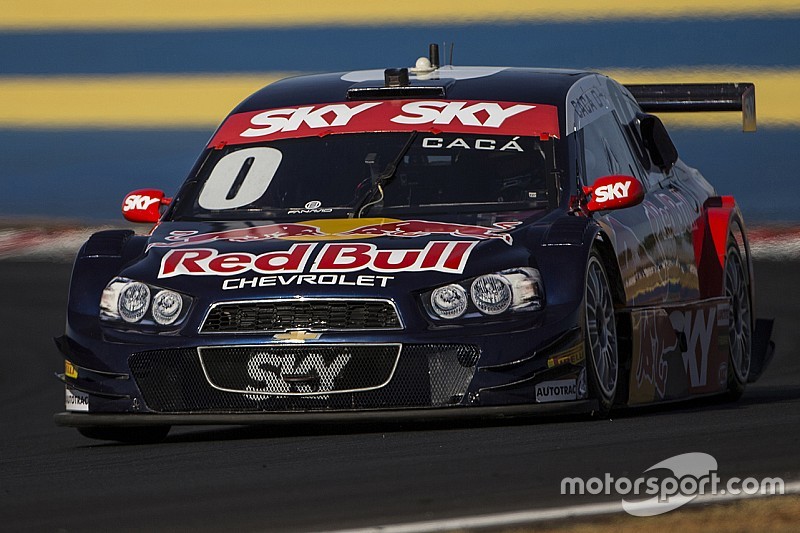 The Brazilian V8 Stock Car series is in crisis after a digital conversation between series commissioners about drivers and penalties was revealed by the press on the eve of the first race of the new season.

The start of the season at Curitiba this weekend will be overshadowed by an article published by the Folha de S. Paulo newspaper on Monday.

The publication revealed that two commissioners of CBA (Brazilian Confederation of Motorsport) joked in a WhatsApp group about possible penalties for certain drivers in the championship during last season.

The conversation revolved around driver Caca Bueno, who was punished during last season after he called CBA of a “bunch of imbeciles” on the radio after winning a race in Ribeirao Preto. During that event he was obliged to do another lap because a marshal forgot to give him the chequered flag.

While he and Marcos Gomes – the second place driver – were still racing, some security vehicles entered the track. Bueno was banned from two races during 2015 because of the radio outburst.

As reported by the newspaper, the assistant commissioner Paulo Ygor Dias wrote in a WhatsApp group conversation: “Let’s disqualify him (Bueno) for something in the next race (after Ribeirao Preto). I wanna see him pissed off... (laughs). This sucker was talking sh*t for a long time. We have to f*ck him and Thiago Camilo (another driver). They are the most boring guys.”

Another commissioner, Clovis Matsumoto, who vacated his fulltime role in the series in 2009, said: “Well, on my time Caca was three times runner-up because I was not in the mood of letting him be the champion! (laughs)”.

Answering that, Paulo Ygor wrote: “I remember the time of Matsu, and also it’s not too long that he wasn’t the champion after some points that we took from him...”

The CBA has suspended the two commissioners and opened an internal investigation into the matter. Bueno was furious with the messages, said it “was a confession”, that he was not surprised by the revelations, and he felt robbed.

The two commissioners defended themselves by saying that the conversation was just a joke, and they cannot invent punishments thanks to the technical regulations of CBA.

The championship starts this weekend with the Dual Race, in which drivers from other championships will compete along with the regular drivers of the category.