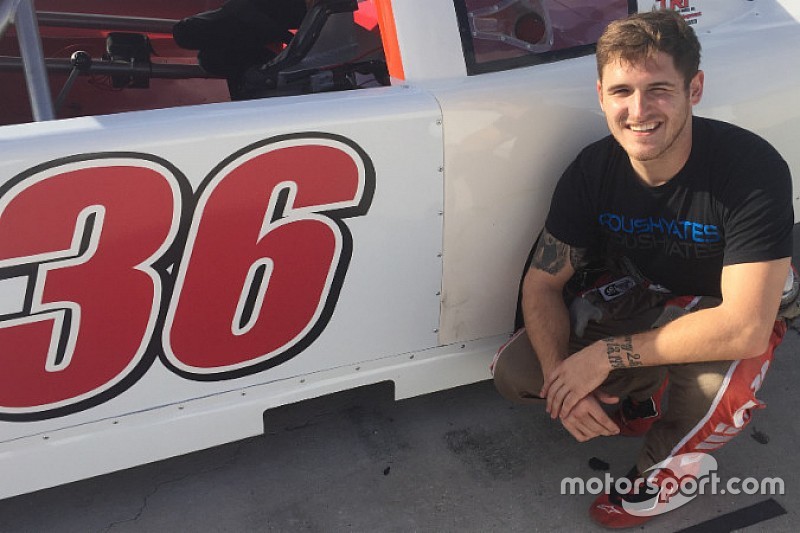 Allison, 24, is the son of the late Davey Allison and the grandson of NASCAR Hall of Famer Bobby Allison. Robbie will compete in Late Model events throughout the 2016 season starting this weekend in the 25-lap Pro Late Model race at New Smyrna (FL) Speedway.

"Tim and my manager Lorin (Ranier) are good friends and have done a lot together with racing over the years,” Allison said. “Lorin really felt that running a Pro Late Model for Tim, knowing how much Tim knows about racing and all of the experience he has, would be a really good step for me and my learning curve.”

"Tim and I have met before and really clicked well in the past so he was all for the idea.”

Although Allison has never competed in a Pro Late Model, he test with Russell last fall at New Smyrna. Russell’s TRI Driver Development Program includes a number of aspiring stock car racers including Kyle Larson, who went on to win 2014 rookie honors with Chip Ganassi Racing.

"Even though it was three months ago, he's gonna jump right back in it and he's gonna be fine," Russell said. "He did everything we expected him to do in December and actually better than what we expected.  He did a fabulous job and I'm looking forward to this weekend with him.”

Allison acknowledged he relies on his grandfather, Bobby Allison, for advice. Robbie was just weeks short of his second birthday when his father died in a helicopter crash. But Bobby, the 1983 Cup champion, has mentored his grandson with his racing development.

"He's completely dialed in with that I'm doing and it's been cool to see him really light up again, like I haven't seen in a long time," Robby Allison said.  "A lot of times his words of wisdom are really simple and you need to read into them a little bit, but I end up learning lessons for life."

KBM's Super Late Model team to have NASCAR flavor in 2016