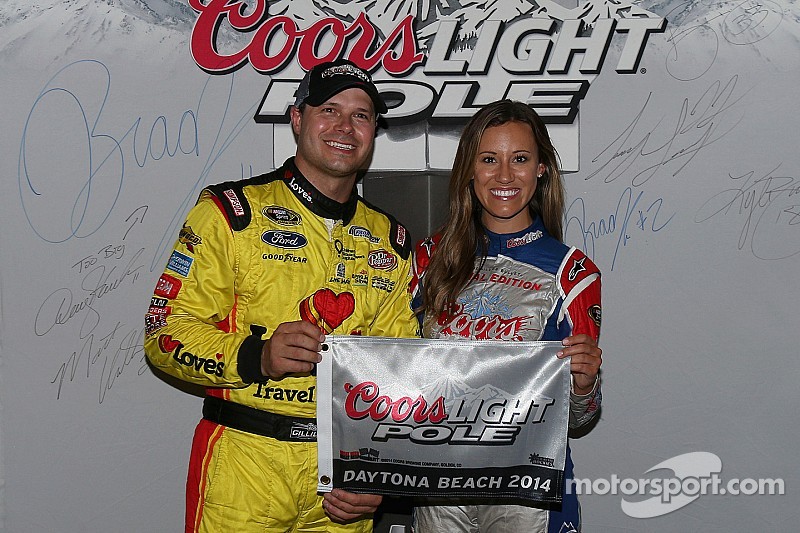 David Gilliland Racing (DGR) is capping its successful 2014 season with the announcement of an expansion. The Mooresville, N.C.-based team now offers a driver development program that will field a second car for the 2015 season in Late Model and Super Late Model competition. DGR is seeking young, up-and-coming talent to join the program.

DGR is owned and operated by NASCAR Sprint Cup Series driver David Gilliland and his wife, Michelle. The team has run a successful program since 1998, racing in weekly division events at the grassroots level to regional touring series at asphalt and dirt tracks around the country.

The Gillilands' 14-year-old son, Todd, made his mark driving the DGR No. 98 in 2014, including earning his first Late Model pole and win in May in just his seventh start in a stock car. The organization is now ready to field a second, equally competitive team for a motivated, funded driver looking to transition from Karts, Legends or Sprint cars to bigger, NASCAR-style race cars.

The DGR team will maintain, house, transport and direct every aspect of the racing program, including the providing of top-level equipment, experienced crew chief and spotter, and personal coaching from David Gilliland.

"When we built our program, we made sure we did it right," Gilliland said. "We ensured we had the best equipment and the best experience put together to offer someone the best opportunity to showcase their talent. We're eager to talk with young racers, their families and their marketing partners to show how we can help them take their careers to the next level."

DGR is looking to finalize its 2015 line-up in the coming weeks. Interested candidates should contact Chris Janosko at cjanosko@davidgillilandracing.com or 928-499-0402.