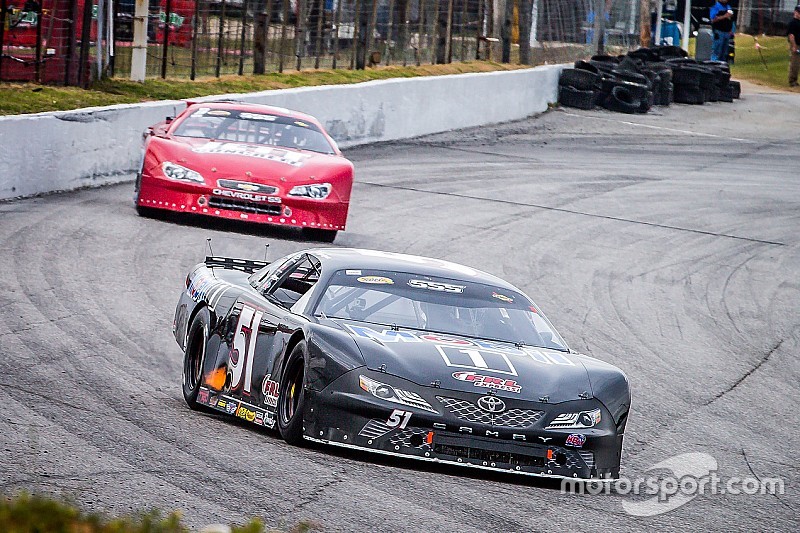 Young stock car racer Raphaël Lessard was en route to a good result in the North/South Super Late Model Challenge 100 when a tire of his car decided otherwise.

The 100-lap race held at the Fairgrounds Speedway short track in Nashville, Tennessee was a collective effort of the ARCA/CRA Super Series, the CARS Tour and the Southern Super Series (SSS) with Lessard racing under the banner of the CARS Tour series.

A member of the Toyota Racing Development program, Lessard qualified his Toyota Camry in sixth place for Saturday’s race. But he and the first eight drivers were asked to draw their starting position as it is often the case in Super Late Model races. Lessard eventually started the race in eighth place.

The early part of the race was marred by a series of full course yellows. Lessard, behind the wheel of his Camry #51 FRL Express/Mobil 1/Toyota prepared by Kyle Busch Motorsports stayed with the leaders until Lap 40 when a tire started to lose air.

A rule is a rule

As the series does not allow a pit stop unless the tire is completely flat, the teenager was forced to continue racing with a worsening car. He finally finished the race in 19th position out of the 36 participants.

“I am very disappointed by the outcome of the race,” Lessard declared after the race. “We had a great car at the beginning of the race, and we had the same pace as the leaders so I could’ve easily hoped for a Top 3 or better. Unfortunately, the series does not allow a pit stop unless the tire is flat on the wheel. As this is a pure racing incident, I have no choice but to look forward and think about my next race.”