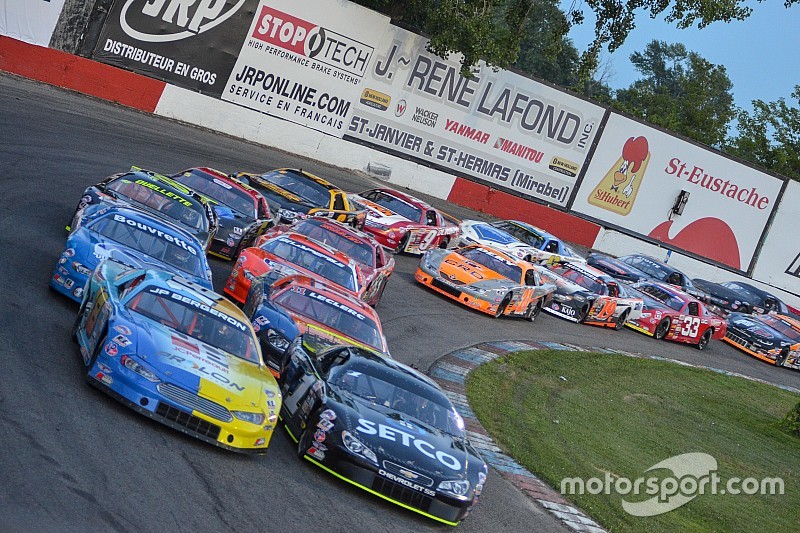 Next weekend, the long standing Grand Prix de Trois-Rivières will stage a road racing round of a new stock car series, the Canadian Stock Car Championship.

For the second time in the history of the Grand Prix de Trois-Rivières the LMS cars will be showcased on the streets of the GP3R on August 11 and 12 during the “NASCAR weekend” which will also host the NASCAR Pinty’s Series - Canada’s premier stock car touring series.

The first competitor to have filed a registration form for the Trois-Rivières event - held on a street course - is none other than two-time World Karting Champion in the Rotax Max category, Pier-Luc Ouellette of Terrebonne. Ouellette is making a return to full-time stock car racing after a couple years off and periodic participation. He is currently third in point standings behind Trépanier and Bouvrette.

American stock car racers will also be racing in Trois-Rivières, turning left and right on the tight and narrow street circuit. Matt Anderson of Franklin, New Hampshire is a Late Model (LMS) driver who competes at White Mountain Motorsport Park (North Woodstock, NH) and a part-time competitor on the American-Canadian Tour (ACT), a sanctioning body, which operates and presents stock car races in Vermont, New Hampshire, Connecticut and Maine.

Another competitor who’ll likely be in the hunt to victory is teenager Raphaël Lessard, the Toyota-supported driver who races stock cars for Kyle Busch Motorsports in the US.