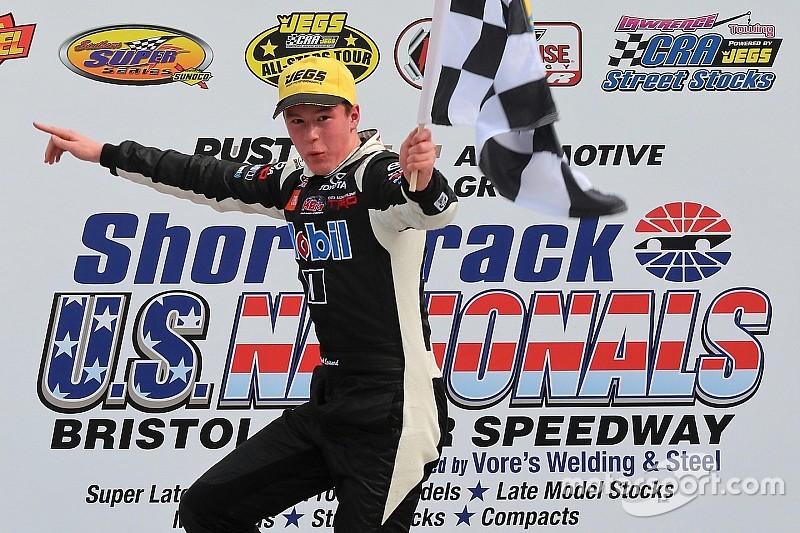 Raphaël Lessard, who drives for Kyle Busch Motorsport this season, qualified in fifth place after he set a time of 14.699 seconds, but took the start of the Super Late Models race fourth because the top eight qualifying drivers redrew for the starting position.

After two early cautions flags in the race, Lessard drove the wheels off his No. 51 FRL Express/Mobil 1/Toyota Camry as he and Trevor Noles in the No. 22 car had a good fight for the lead, trading places in between the full course cautions.

A yellow flag was thrown with six laps remaining to bunch up the field. At the green, he pushed really hard and managed to pull away from the rest of the field and crossed the line in first place to capture his maiden win of the year. The Toyota Development Program driver led 56 of the 100 laps of the race.

“I am extremely happy with this win. Kyle Busch Motorsports prepared an excellent car for this weekend’s event,” said Lessard in the winner’s circle.

“I was completely at ease with my car during the restarts. I knew that I could catch-up with Noles even if he was driving hard in front of me. Racing at Bristol is just unbelievable; it is even more when you win it!”