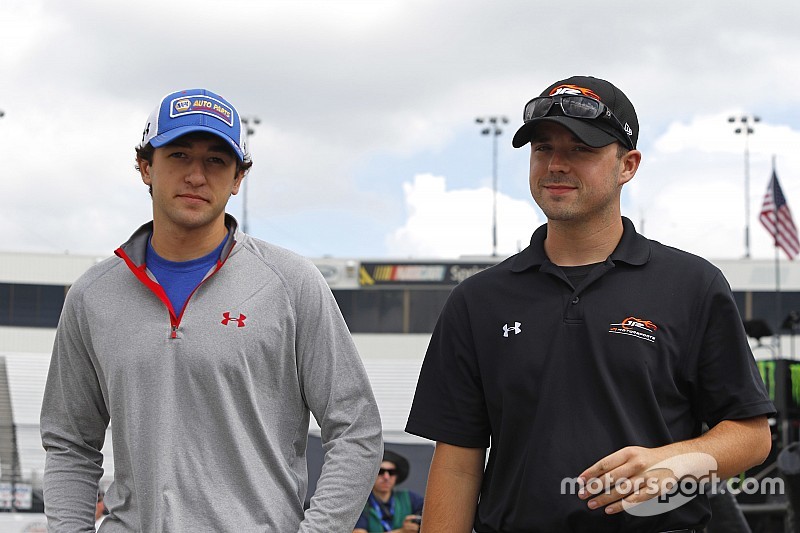 After winning the 2017 CAR Response Energy Tour late model series championship by just seven points over teammate Anthony Alfredo, Berry is ready to get back to racing this weekend in the 2018 season opener.

While he enjoyed success last year, he knows this is a new year.

“My expectations are probably the same as last year,” Berry said. “We’re coming off of a good year winning the CARS Tour championship and the Myrtle Beach 400 which are two big deals for us. We just want to continue this year to try and repeat our championship in the Cars Tour.”

While Berry will compete with a new sponsor on his car, he’ll also welcome a new teammate with Wisconsin native Sam Mayer taking the place of Alfredo this season in the other JR Motorsports entry.

“Sam joined us in the offseason,” said Berry. “We’ve had fun working with him and it’s important  for our team to have two competitive cars. He has some background in running Legends cars and some late models. I think he’ll do a good job for us.”

While Berry has made seven NASCAR Xfinity Series starts and has scored two top-10 finishes with JR Motorsports (Richmond 2015 and Iowa 2016), he’s focused on the CARS Tour this year, but not ruling out a possible return to the NASCAR national series in the future.

“You never know, we have a new partner on the late model this year and hopefully they might grow with me but you never know (down the road) what’s ahead,” Berry added. “There might be some other stuff and we’re constantly working on that, but I’m still having fun racing on the short tracks and winning races.”

“I’m really excited to be making my CARS Tour debut at Tri-County,” said Pulliam. “The last time I raced a CARS race, was 2013 when it was still the Pro Cup cars, that race was $10,000 to win and I ended up in victory lane, so it would be nice to pick up where I left off.

“I’ve never raced at Tri-County but have watched some videos and I’m really looking forward to getting on track there. It seems to be a place that has multiple grooves, which as a racer you really enjoy because it allows you to move around throughout the race to find speed and fix any handling problems you might have in your car.”

Pulliam has previously announced he’s cutting back his racing schedule and plans on competing part-time this season in the CARS Tour. His team will continue to field late model stock cars for several drivers throughout the season at various tracks in the Carolinas and Virginia.