And no, the action isn't just at Daytona International Speedway... 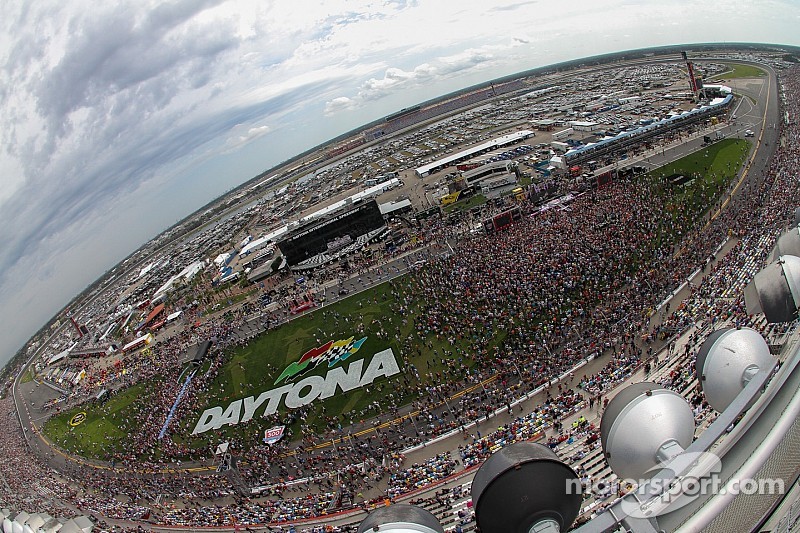 Technically, we suppose, Daytona Speedweeks begin when the Continental Tire SportsCar Challenge takes the green flag at Daytona International Speedway – that would have been on January 23rd – and ends when the checkered flag falls on the Daytona 500 on February 22nd.

With the Super Bowl on February 1, NASCAR does not want to compete on that weekend, so Daytona International Speedway is quiet now, but that doesn’t mean Speedweeks is taking a break at other area tracks. Here’s a guide to what live events are happened in Florida between now and the Daytona 500.

DAYTONA INTERNATIONAL SPEEDWAY: There will be equipment moving in and out these next two weeks, but the spectator action resumes in Friday, February 13 (yes, Friday the 13th) with ARCA final practice, then ARCA qualifying, and practice for the NASCAR Sprint Cup Sprint Unlimited.

The track is dark until Wednesday, February 18, when there’s afternoon Sprint Cup practice.

Then Thursday, February 19, beginning at noon, there’s more practice for Sprint Cup, then for the Camping World Truck series, then at 7 p.m., the Budweiser Duels, two 150-mile races.

Friday, February 20, practice for the Sprint Cup series, followed by the Xfinity series, begins at 11 a.m.

The Daytona 500 winds up Daytona Speedweeks on Sunday February 22, with activities beginning at 8 a.m., and the race starting at 1 p.m.

NEW SMYRNA SPEEDWAY: This half-mile paved oval, less than 30 minutes south of Daytona, is affiliated with NASCAR as one of its local tracks.

On Monday, February 16, there are at least three classes, including the American Canadian Tour.

VOLUSIA SPEEDWAY PARK: This half-mile dirt oval, about 40 minutes west of Daytona, is owned by World Racing Group, owner of the World of Outlaws sprint and late model series. For the rest of the non-Speedweek season, it’s operated under a lease. For Speedweeks, it’s a big deal as the closest dirt track to Daytona. Races are at 7:30 p.m.

Tuesday, February 10, it kicks off with UMP modifieds and sprint car practice.

EAST BAY RACEWAY PARK: Though East Bay, a dirt oval, is way at the other end of Interstate 4 -- in Gibsonton, which is near Tampa – you can expect big crowds at the 39th Annual Winternationals. MAVTV will be there filming some of the action, so look for Dave Despain and Dave Argabright at some of the Lucas-sponsored races.

Speedweeks has already begun at East Bay, with racing since last Wednesday, featuring some major modified racers, including ex-NASCAR driver David Reutimann. Races are at 7 p.m.

BUBBA RACEWAY PARK: Though this Ocala track, about 90 minutes west of Daytona, is one of the oldest in the state, it has only been a major player in Speedweeks for the last four years when radio host Bubba “The Love Sponge” Clem took over. The odd-shaped dirt track (there's a paved track underneath the dirt) is challenging, and under Clem, the facility is perhaps the nicest it has been in years.

So long, diesel: Mazda confirms the move to a more powerful motor

Soggy Petit Le Mans a showcase for good drivers, a sad end to the season for others