Tatiana Calderon believes she is facing considerably less pressure ahead of her second Super Formula season, having proved she can hold her own in the series last year.

The Colombian driver is going into her sophomore campaign with the Drago Corse Honda team in 2021, after making the switch to Super Formula last year off the back of a tough season in Formula 2.

Calderon, who turns 28 on Wednesday, said that a season of experience in the Japanese single-seater series, in which she achieved a best finish of 12th place, has eliminated some of the doubts she had this time a year ago.

“It makes a huge difference in terms of confidence [having done a year already], just to know already the people that you’ll work, and they know how you like things,” Calderon told Motorsport.com. “It gives you a lot of confidence and a lot less pressure.

“The uncertainty I had before coming here was pretty big, but now I’m used to communicating with the team, and even the Japanese culture. Everything will flow more. And I’m really happy to stick with the same team, it’s something really nice to have.

“Before I came to Japan, a lot of people told me that I was putting my career at risk, that it’s a really difficult move, not a lot of European drivers have done well. So I had the feeling it could be a big risk, but when I came here I wasn’t four seconds off the pace.

“I could show I could be competitive and that gave me a lot of confidence back that I lost in Formula 2, because you start to doubt yourself at some point.

“I’m a different driver now and it’s been one of the best things in my career, to be able to show the world that even against all the odds I can still fight people and I can race other guys. That was something nice to prove both to myself and to the outside world.” 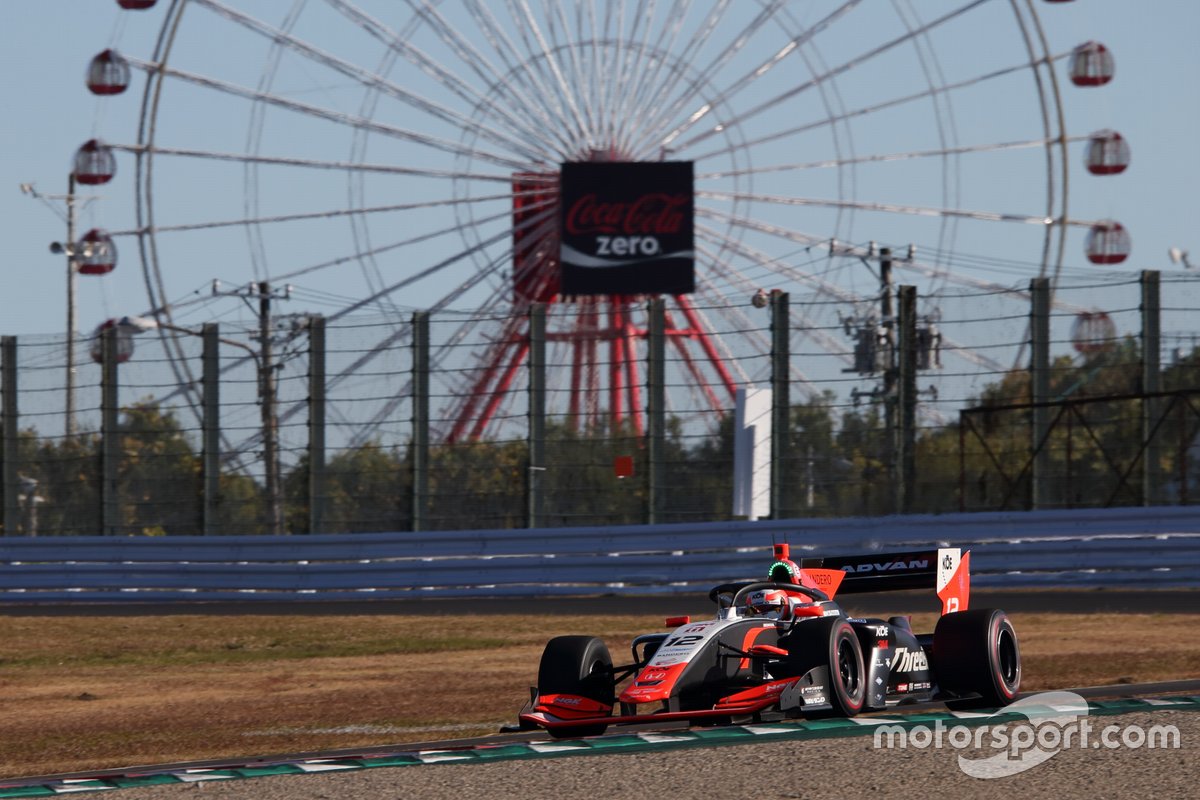 Buoyed by a strong showing in the post-season test at Fuji Speedway, Calderon believes she can aim to score her first points in Super Formula in the season opener at the same track.

“It was really nice to see my name in the top 10 and not that far away from the top time,” she said. “Already in the last race the race pace was really strong, and I was feeling the car was starting to suit me a bit more.

“It was nice to see I could be competitive with a bit more time, and it’s also good for me that we will start again at Fuji. It would be a big weight off my shoulders to get the first points - once you do that they tend to come more easily, or at least that has been the case for me!

“I think we have a good chance starting in Fuji, where we have a decent base set-up. That’s definitely the aim for the first round for sure. And then I would love to be in the top 10 of the championship by the end of the year; I think that would be a huge achievement.”