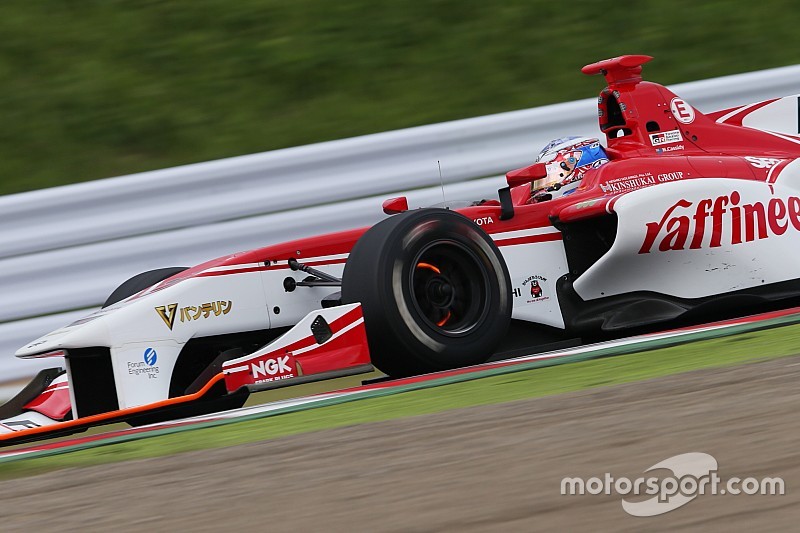 Super Formula points leader Nick Cassidy has put his strong qualifying performance in the Suzuka finale down to a late-night factory trip by a member of his Kondo Racing team.

Cassidy was downbeat of his chances of qualifying strongly when speaking to media ahead on Friday after the opening practice session, but ended up securing fourth on the grid on Saturday.

The New Zealander holds a four-point lead in the championship going into the Suzuka race with 13 up for grabs in Sunday’s 43-lap race.

Speaking to Motorsport.com, Cassidy revealed that an overnight trip to the Kondo factory in Gotemba – a 300km trip from Suzuka – allowed him to use a new part that made a significant difference to his one-lap pace.

He recalled: “We found a problem in our set-up, we needed some parts and my team manager drove back to Gotemba to pick up a part for my car, and he got back here at 3am.

“Nobody was there [at the factory]. He took the key and everything!

“The part made the setting different, but to be honest I kind of needed [Saturday] morning practice to be dry, and Q1 was quite difficult. But I didn’t expect to be fourth.

“I thought I would have to start 12th, 10th, but now I’m there and we know the car is better in the race [than in qualifying]. We have a chance.”

One of Cassidy’s two main challengers in the points, Naoki Yamamoto, secured a bonus point for pole position, drawing level with Hiroaki Ishiura for second in the standings.

Ishiura himself only qualified 11th, while outside contender Yuhi Sekiguchi endured a nightmare qualifying in 17th – leading Cassidy to conclude the title fight is between him and Yamamoto.

“Everybody expected Yamamoto to be on pole,” added Cassidy. “His car is so fast in the straights, everybody knows he’s going to be on pole.