Nick Cassidy says winning the opening round of the 2019 Super Formula season at Suzuka felt “absolutely incredible”, given that he was hobbled by “strange” issues all weekend.

On his first weekend for new team TOM'S, Cassidy struggled for pace all through practice and could qualify only 12th on the grid, 1.5 seconds off the pace of the fastest man in Q2, Alex Palou.

However, a decision to get rid of the slower medium tyre as early as lap six of 43 turned out to be a masterstroke as an early safety car propelled the Kiwi to the front of the pack.

On the restart, Cassidy swiftly passed polesitter Tadasuke Makino, who was on mediums, and assumed the lead after KCMG’s Kamui Kobayashi made his mandatory stop on the penultimate lap.

Speaking after claiming his second ever series win, Cassidy said it was always the plan to switch early to the faster soft tyre - a strategy he has successfully used in the past.

“I think for sure there was an element of luck,” the Kiwi admitted. “Of course I chose the strategy at the start the race for a reason. I mean, we just don't do any random strategy not knowing what would happen.

“We of course have a plan and we stuck to that plan. Thank you to the team for good communication. We knew what would happen, more or less."

While Cassidy had no trouble keeping 2018 title rival Naoki Yamamoto at bay, the 24-year-old said he was hamstrung by the same problems in the race that compromised him in qualifying.

The Kiwi urged TOM’S, where he switched over the winter from Kondo Racing, to get to the root of the issues and rediscover the pace it showed in pre-season testing.

“At the Suzuka test and Fuji test, we've always been top three or one of the fastest cars,” he said.

“At Suzuka these two guys beside me [Yamamoto and Kenta Yamashita, who finished third], were also very fast, the three of us I thought were quite strong. And at Fuji our long run pace was I think quite clearly the best.”

“When we arrived this weekend we had something very strange going on with my car. I have been more than one second too slow, not a little bit, it’s been really huge.

“So I think it’s absolutely incredible that we could win today because in the race I still had the issues.

"We need to find the problem and get back to our form in testing. And we can be even stronger. So I'm looking forward to that.”

All Super Formula races are broadcast live and for free on Motorsport.tv. 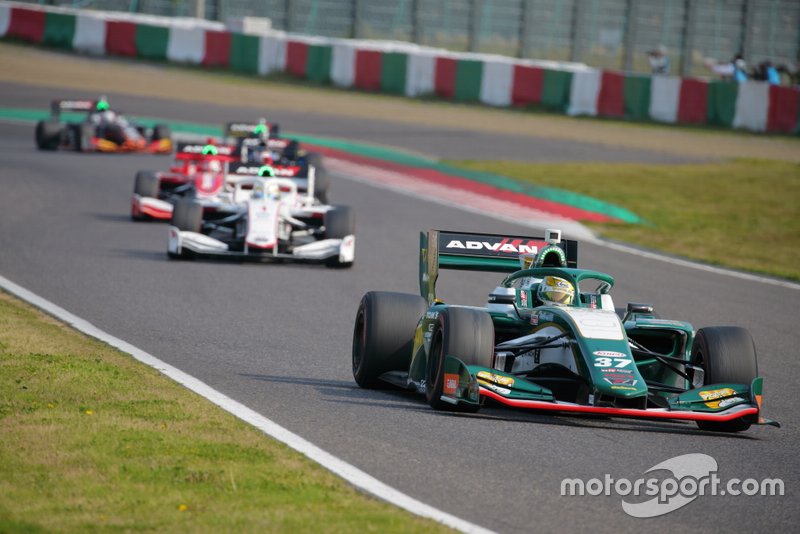 Ticktum admits he "struggled in every session" at Suzuka