Moving from one side of the Dandelion Racing garage to the other in 2021, and some important off-track changes, have served to make Nirei Fukuzumi a true contender for Super Formula title honours this year.

The first two seasons of Fukuzumi’s stint with Dandelion Racing could best be described as promising in terms of pace but lacking in the way of results. One podium finish per season and a best championship result of seventh isn’t bad, but not exactly what you would have expected for such a talented driver racing for a championship-calibre team.

But, at least on the evidence of last weekend’s Suzuka race, it looks like third time might be the charm for Fukuzumi, who dominated the weekend and had things under control until a puncture ended his hopes of a first victory in the single-seater category.

And the way the 24-year-old reacted to that disappointment also speaks volumes of a new-found inner confidence that he appears to have discovered over the winter.

The most obvious change for Fukuzumi this year is that he is, following Naoki Yamamoto’s defection to fellow Honda squad Nakajima Racing, the de facto number one driver at Dandelion, a position made even more secure by Tadasuke Makino being forced to miss the first two rounds of the season as he recovers from meningitis.

Not only that, but Fukuzumi has effectively switched sides within the Dandelion garage, piloting the #5 car that Yamamoto took to the title last season and working with his former engineer Kimitoshi Sugisaki, who also masterminded Stoffel Vandoorne’s 2016 season.

The effects of the change were immediately apparent from the post-season test at Fuji Speedway last year, where Fukuzumi was fastest, and that momentum carried into pre-season testing in March, as he was never lower than third on the combined daily timesheets (except for the second day of Suzuka testing that he sat out due to illness).

And while third place behind fellow Honda runners Tomoki Nojiri and Toshiki Oyu in the Fuji season opener was arguably below-par, Fukuzumi turned that around at Suzuka, where he was fastest in practice and every segment of qualifying en route to his first pole in Super Formula at his 20th attempt.

But more than a simple change of environment within the team, off-track Fukuzumi seems a lot more surer of himself than was the case previously.

Perhaps it’s no coincidence that this upturn in form has co-incided with him getting married to his long-time girlfriend, the YouTuber Ayami Sato, at the start of the year. Indeed, Fukuzumi suggested as much in an interview with the official Super Formula website after he set the fastest time on the second day of the Fuji pre-season test.

“It’s not like my environment dramatically changed [after getting married], but of course now I have something to protect, and I think I’m in a situation now where I can show more of my strength on the limit. I’m being supported more in general, and now I concentrate more on racing, so I hope everyone can see my performance this year.” 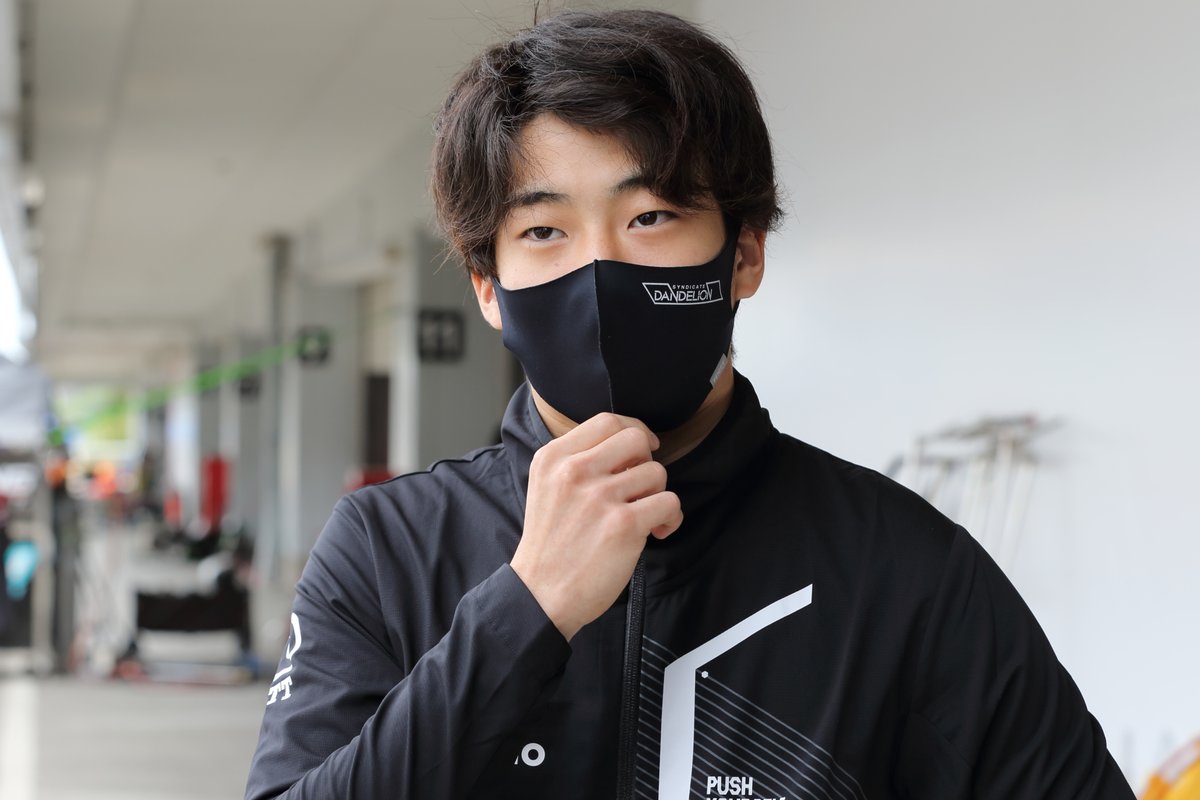 Speaking to Motorsport.com after the disappointment of losing victory at Suzuka, Fukuzumi likewise brought up the subject of his recent nuptials.

“At the start of this year I got married and everything is going well, in both racing and life [generally],” he said. “I was a bit disappointed about Fuji, but this time my performance was pretty good. So I’m feeling very good [for the rest of the season].”

Pressed on whether married life had really made the difference for him in his third full season of Super Formula, the ex-Formula 2 racer mentioned another key figure in his environment who has helped to put him in a better place mentally.

“I think it’s various things changing my mentality," he said. "This year I have a trainer at the circuit, I can talk to him and he takes care of me – both physically and my heart. This means my mentality is better.”

Fukuzumi’s comments after he scored pole were also revealing, as he said one of the keys to his blistering speed was simply disengaging his brain and not overthinking the task at hand. He was confident from his previous Suzuka showings and pre-season testing that the car was good enough, and he didn’t fall into the trap of making unnecessary set-up changes.

He was also low-key in his celebrations after taking pole, as if knew that this wasn't a one-off and that this should become a regular occurrence.

This change in mentality could well be the key to Fukuzumi finally maturing into a regular winning force in Super Formula, and making the most of his considerable potential.

Recall last year on the occasion of his first SUPER GT GT500 win at Motegi in November, Fukuzumi said he had struggled with “nightmares” during the race, despite having basically zero pressure thanks to the safety car gifting he and ARTA Honda teammate Nojiri a large advantage.

That was one monkey off his back, and surely the first win in Super Formula isn’t far away either after his display at Suzuka. In fact, given that next up is Autopolis, where Fukuzumi achieved his best grid spot of second last year, you’d get short odds on the breakthrough happening there (or at least you would if gambling on motor racing was legal in Japan!)

And while Nojiri might have a big championship lead having won the first two races of the season, the dropped points system means that Fukuzumi still has time to work his way back into contention – which could set up a fascinating battle of the SUPER GT teammates. 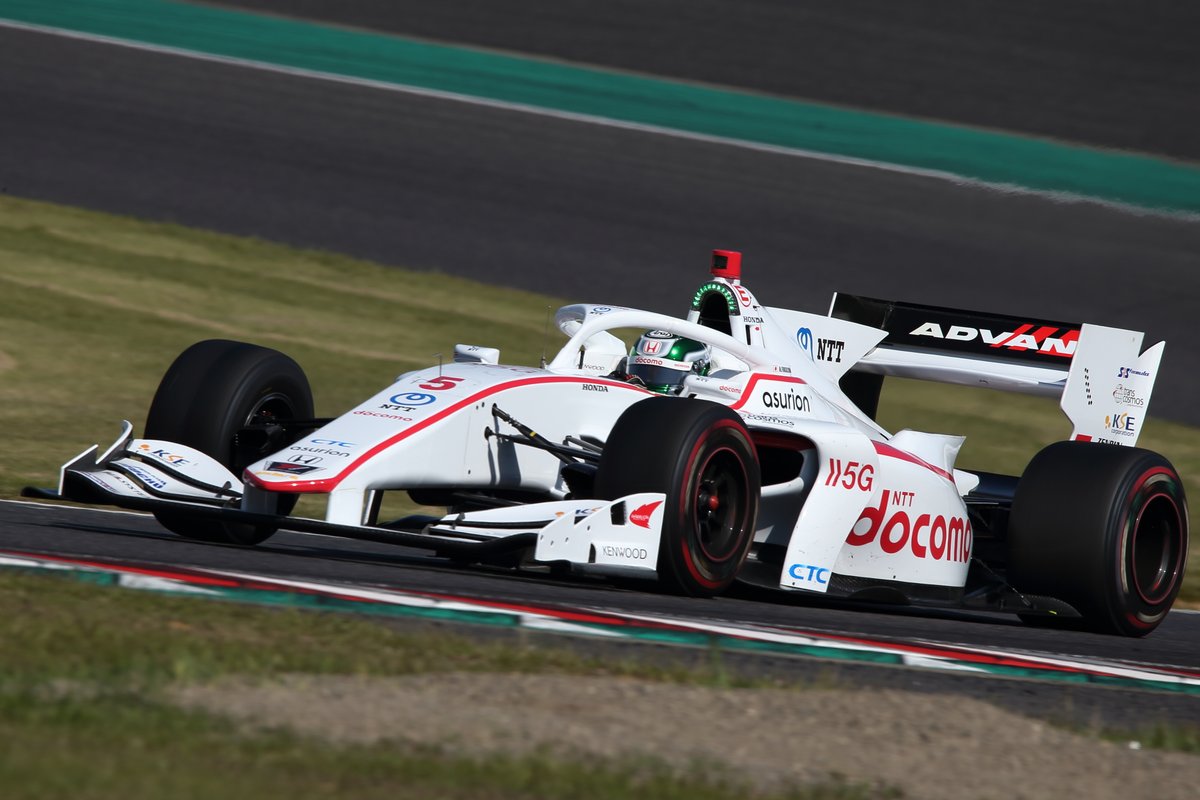