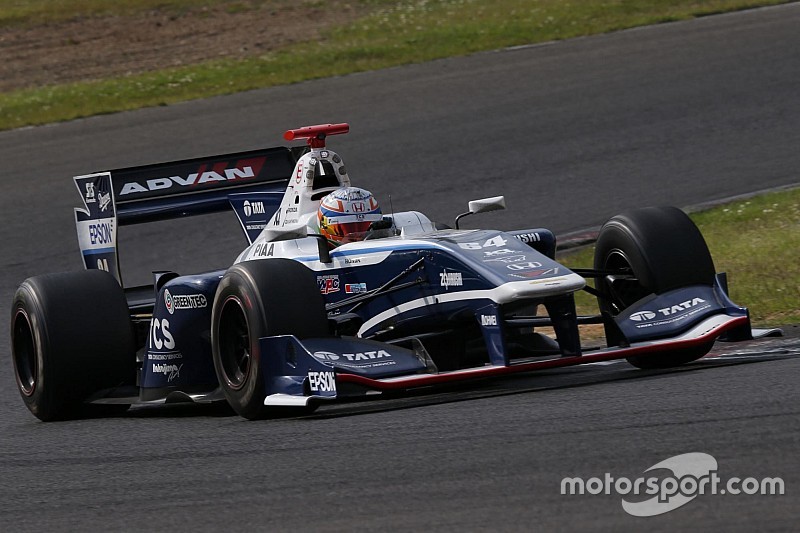 Former Indian Formula 1 driver Narain Karthikeyan says he can challenge for podiums in Japan’s Super Formula series again after a breakthrough result in the previous round.

After being impeded by a rival driver in Sugo qualifying, Karthikeyan initiated a fantastic charge from 14th on the grid, overtaking four drivers including defending champion Hiroaki Ishiura.

The strategic decision to pit early under the safety car also paid dividends, allowing him to secure his best finish since 2016 in fifth.

“Sugo was a bit of a break-out weekend for us. We had good pace - good enough for a top-3 finish,” Karthikeyan told Motorsport.com.

“Unfortunately qualifying was a bit of a lottery due to the short nature of the track and the fact that almost everyone found some traffic or incidents on their push-lap, myself included.

“That’s what didn’t allow me to progress to Q3, although I had a car that was good enough. In race trim, when the car was heavy on fuel and on the soft tyres, I found a really good balance and found it easy to pass a few cars, first Oshima, then Cassidy and finally Ishiura.

“Later in the race I passed Kobayashi as well, so 4 overtakes at a circuit like Sugo was nice and positive.”

Karthikeyan has notched up two podiums in Super Formula so far, the most recent of which coming at the 2016 Okayama double-header, and the 41-year-old believes he can add to that tally with just a “small step” in car setup.

“Sure, a return to the podium is definitely on,” he said. “In fact, I feel that it was possible at Sugo itself, had it not been for a few unfortunate breaks.

“The car has been pretty good and getting better this season, so all we need is a small step forward in the setup and we’ll be good to go.”

The 41-year-old says a better understanding of Yokohama tyres, including the soft compound which was briefly used last year but is mandatory in all races in 2018, has allowed the team to emerge as a potent competitor this year.

“Not really,” he said when asked if Nakajima Racing went through internal changes after 2017. “The crew, the engineers and the mechanics are all pretty much the same as 2017.

“I think it’s just taken a bit of time to understand the unique characteristics of the red-walled soft tyres, and the shift in balance of the car between the two different compounds available to us now.”

Karthikeyan will next be seen in action in the fourth round of Super Formula, which takes place at Fuji Speedway this weekend.

Dillmann to sub for Fittipaldi at Fuji Super Formula