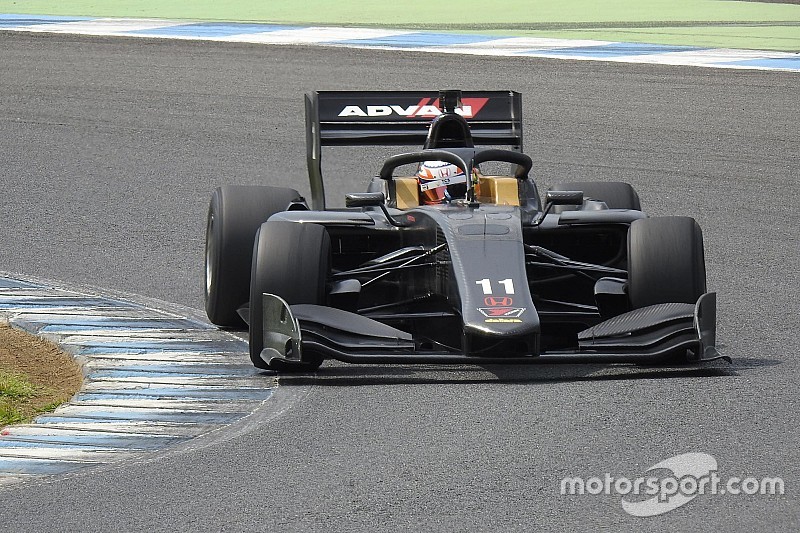 Karthikeyan completed more than one-and-a-half race distance during a dry morning session, before putting on further laps in wet conditions that prevailed after the lunch break.

The 41-year-old felt that the SF19 was more “physical to drive” than its predecessor and could deliver a lap time gain of at least 1.5 seconds around a typical lap of Suzuka circuit.

Super Formula is already considered as the second-fastest racing series in the world and the introduction of SF19 next season would further bridge the gap to Formula 1.

“It is very similar to the SF14 in terms of its handling characteristics, but it has a bit more downforce so that makes it more physical to drive,” Karthikeyan, who became India’s first F1 driver in 2005, told Motorsport.com.

“I did a race distance and a bit in the dry on Saturday morning, which is more than one and a half race distances. The afternoon was very wet and I did quite a few laps in those crazy conditions as well. Totally tropical rainstorm like weather.

“The SF19 also has a bit more front end grip and has far better rotation. The chassis could easily take 100 bhp more, which would be so much more fun for sure!”

Super Formula is evaluating the introduction of the halo next season and all of Karthikeyan’s running in Motegi took place with the safety device on.

The former Jordan and HRT F1 driver says he would like to see the halo being made mandatory, citing a major shunt in an F1 race last month where Fernando Alonso’s car was pitched on top of Charles Leclerc’s Sauber.

“Yes absolutely, without a shadow of doubt,” Karthikeyan said when asked if he’s in support of the halo device for 2019.

“I think we all saw the benefits of the HALO during the Alonso-Leclerc crash in Spa, and we go to some circuits in Japan which are far more dangerous than circuits in Europe.

“I thought it would take a bit of getting used to, but honestly, after a lap or two, I hardly noticed it anymore. It definitely did not impede on my visibility at all.”

Karthikeyan currently sits 14th in the 2018 Super Formula standings with a best finish of fifth at Sugo. He will next be seen in action during the final round of the championship at Suzuka next month.