The KCMG team has explained its reasoning for putting Kamui Kobayashi on wet tyres for the start of last weekend's Super Formula decider at Suzuka on a completely dry track. 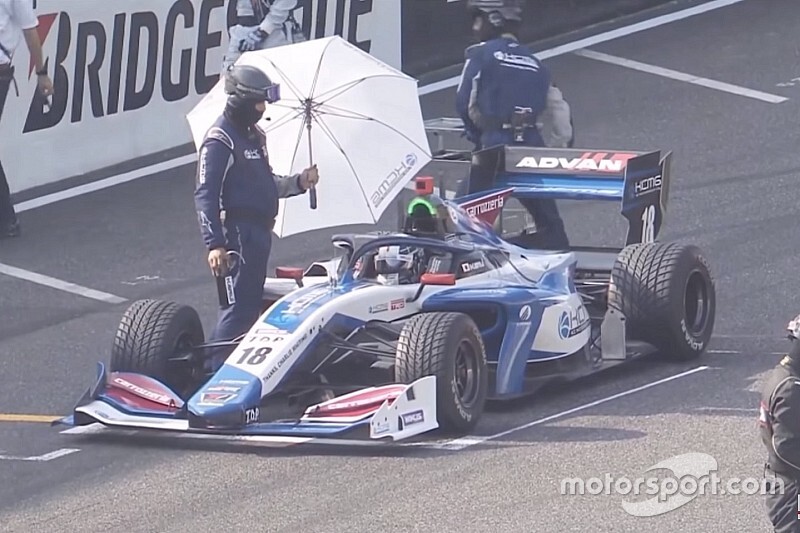 Kobayashi headed into the finale with an outside shot at the title, trailing pre-race leader Naoki Yamamoto by 10 points with 13 on offer for winning the race.

Starting down in 16th position, the Japanese driver pitted at the end of the first lap to switch from the wet tyres he started on to softs - getting around the rule that requires drivers to use both dry-weather compounds in a race, including the slower medium.

However, a race free of safety car periods meant that Kobayashi never had the chance to make up the ground he lost at the start.

KCMG boss Tsugio Matsuda, himself a two-time Formula Nippon champion and current Nissan SUPER GT racer, said the unconventional strategy was the only way Kobayashi stood any chance of winning the race from such a lowly grid slot.

"To be honest, it was a strategy I didn't want to do," Matsuda told Motorsport.com. "But the chance of becoming champion remained, and it was the only way to win the race. Scoring a few points wouldn't have been enough to win the title.

"If the safety car had appeared before lap seven, Kobayashi would have taken the lead. There was no choice other than that to get on top. But the safety car never came.

"In the first race of the season [also held at Suzuka], there were four safety car periods. This time there were none."

Kobayashi's strategic options were further limited ahead of the Suzuka weekend by a new rule dictating that drivers must use both tyre compounds within the pit window, which for the season finale opened on lap seven.

"It was ok," said Kobayashi of his opening tour. "I just drove following the [other] guys. But I expected more than where we finished.

"In the end, it was quite bad luck we didn’t get a safety car. Anyway, with that [grid] position, without a safety car we had no chance.

"The times we led [this season], there was a safety car and we didn’t win, and when we hoped for a safety car, there wasn’t one. It was always the opposite [of what we wanted]."

Kobayashi was on track to finish 10th with his strategy, but he ran out of fuel in the dying stages and slipped to 12th behind Sho Tsuboi and Lucas Auer at the finish.

The Toyota LMP1 regular admitted that KCMG had gone aggressive on fuel and needed a safety car period to be certain of making it to the end.

"We just lost a few seconds [after running dry] but when you have a safety car it’s much easier [to save fuel]," he explained. "I tried to lift a lot, but not enough."

Reviewing his season, Kobayashi admitted qualifying was his and KCMG's biggest issue this season, an assessment that Matsuda agreed with.

"The most important thing is to have a better car for qualifying [next season]," Matsuda conceded. "If you start near the top, you don't need to take this sort of strategy." 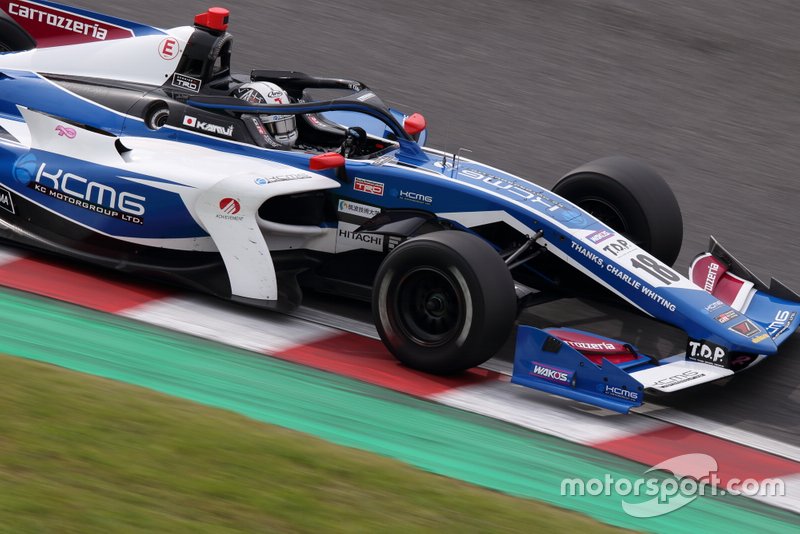