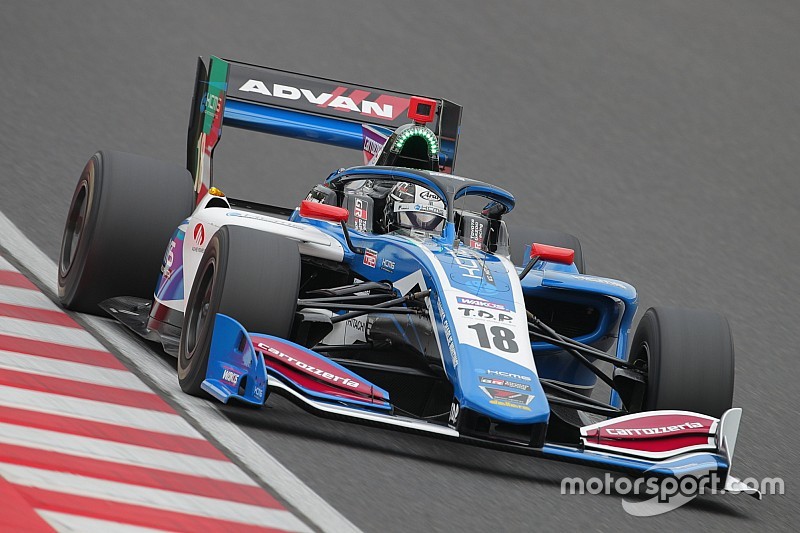 Kamui Kobayashi says he finds it hard to believe that he hasn’t won a single Super Formula race since his debut in 2015, after missing out on yet another potential victory at Suzuka last month.

Kobayashi leapt to the front of the field in the 2019 season opener by extending his first stint, and was pulling away from his rivals in a bid to still come out in the lead after his pitstop.

However, an ill-timed safety car on lap 27 of 43 eradicated his advantage and he eventually finished the race outside the points in ninth place after pitting at the end of the penultimate tour.

Kobayashi had similarly led races at Motegi and Sugo in the last two years, only to be denied a shot at victory on both occasions by botched pitstops.

Another win was lost at Okayama last year when he made an unforced error that allowed Yuhi Sekiguchi to come through and take the win.

Kobayashi would have likely repassed Sekiguchi for the lead had the race not been red-flagged, such was his advantage in the treacherous weather conditions that prevailed at the ex-Formula 1 venue.

The 32-year-old said he is perplexed by the number of times he has been unlucky with incidents out of his control, but hopes to end his winless streak in 2019.

“Always safety car destroying my race,” Kobayashi quipped to Motorsport.com. “I always have good potential to win in race, but pitstop, safety car, [something] always screws me!

“I never won a race somehow but [I’ll] try to make it happen this year."

On the Suzuka race specifically, he added: “The safety car came like four times in the race. We didn’t expect that. And the guy who won the race [Nick Cassidy], it’s just he get luck because he pitted like [on the] sixth lap and he is at the head of everyone, because he was only guy [who] pitted.

“Actually he was P12 in qualifying and kind of we got a chance to maybe [finish on the] podium by ourselves. That’s why we decide to start on soft compound.”

Kobayashi’s KCMG pit crew were ready to service his car when the fourth safety car was deployed, only to abort the pitstop and delay it until the penultimate lap of the race.

The ex-F1 driver said that he had no option but to stay on the soft tyres for as long as possible because the medium compound was two seconds slower in relation, meaning he would have likely lost any track advantage gained by pitting under the safety car.

“The problem [is] if you are on medium tyres you have a two second gap between soft and medium tyres, we can’t change too early [to mediums],” Kobayashi explained.

"Medium is not fast, the soft guys will be ahead of me [if I switched tyres early].

“We got the pace, we were leading the race, we had a second per lap. We had 30 laps for example where we had enough to pull away and we can win the race even we pitted.

“It’s a bit of shame to happen like that. But this is race. At least we know car performs well.”

All Super Formula races are streamed live and for free on Motorsport.tv.