Toyota protege Ritomo Miyata has voiced his frustration at not being handed a chance to prove himself overseas, despite having beaten AlphaTauri Formula 1 racer Yuki Tsunoda earlier in his career.

After winning last year's Super Formula Lights title, Miyata is embarking on his first season in Super Formula this year, replacing Nick Cassidy at TOM'S, and also made his debut in SUPER GT's top GT500 class in 2020 with Toyota squad Racing Project Bandoh.

The 21-year-old was a rival of Honda-backed Tsunoda earlier in his career, with the two going up against each other in Japanese Formula 4 in 2017.

Tsunoda won the title in his second year in F4 in 2018 before earning the chance to race in F3 in Europe with Honda's backing in 2019, and a spectacular rookie campaign in Formula 2 last year paved the way for him to replace Daniil Kvyat in AlphaTauri's F1 line-up for 2021.

Miyata on the other hand has ascended the ladder to Japan's top two championships as part of Toyota's driver development programme - but says he feels he deserves a chance to race abroad after beating Tsunoda.

“I’ve a strong desire to race overseas," Miyata told Motorsport.com. "This might sound a bit like grumbling, but since my karting days I’ve never been beaten by Tsunoda, who is making his debut in F1 this year. I’ve never failed to win a championship and I was also champion in F4.

“He has been able to get to F1 because he was supported by a different manufacturer, but my results were better and yet I never got the chance to race overseas. It’s frustrating that I’ve had to stay in Japan all this time despite getting good results.

"I can’t help but feel that I’ve been surpassed by [Tsunoda]. In order to get where I want to go, I want to prove my speed and strength in Super Formula so that everyone will think, ‘Miyata shouldn’t be here’.”

Miyata made his Super Formula debut last year as he was drafted in to replace an absent Kazuki Nakajima at TOM'S in both the Okayama and Autopolis races, scoring a best finish of eighth.

Having qualified on the front row for his Okayama debut only to slump to ninth in the race, Miyata admits that improving his race pace will be key to his chances of fighting for the championship.

“With my two substitute appearances last year, I was able to show my speed in qualifying, but I need more race experience,” he said.

“I don't yet fully understand Super Formula, so I haven't been able to extract the maximum from the car. I want to work together with my engineer [Masaki Saeda, pictured with Miyata below] and be in a good situation for the first race.” 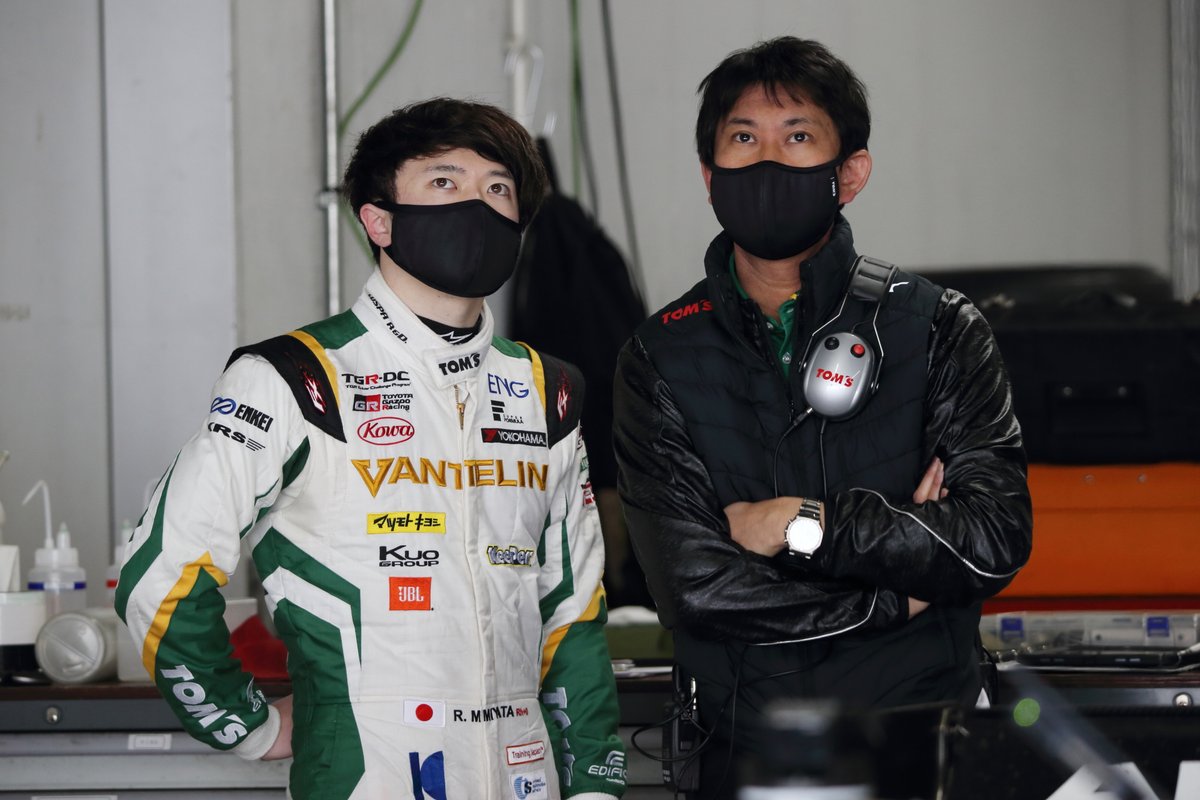