Harrison Newey walked away from a major crash at 130R during Saturday morning's second practice session for this weekend's Super Formula title decider at Suzuka. 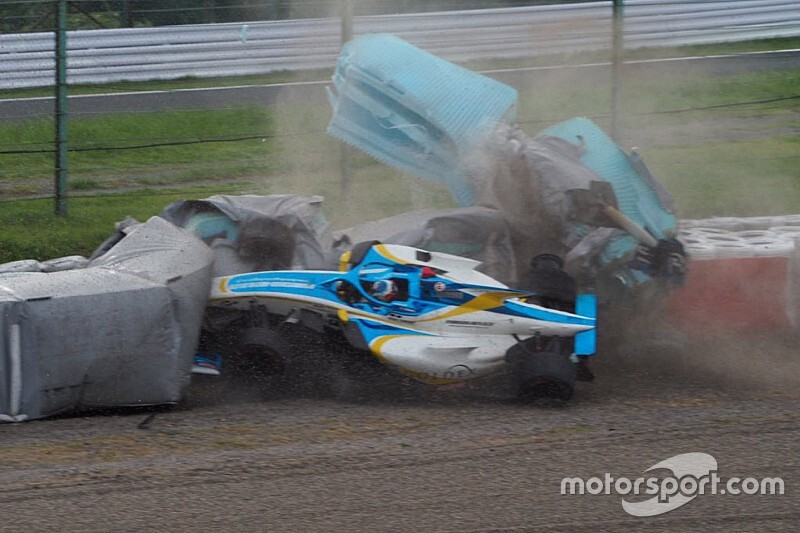 The son of Red Bull Formula 1 design guru Adrian Newey ended up upside-down against the barriers after the impact at one of the fastest points on the Japanese Grand Prix venue.

Newey confirmed on Twitter that a puncture was the cause of the shunt, and that he was unharmed in the incident.

"FP2 didn’t quite go to plan, after a puncture in 130R on lap 3," he wrote. "Glad to say all good and hopeful that we will make qualifying."

Newey's car was rapidly recovered and his B-Max Racing squad was successfully able to repair the car in time for the start of qualifying less than three hours later.

Speaking to Motorsport.com after qualifying ninth, Newey reflected: "We hit [the barriers] so many times, the speed came off quite slowly. It wasn’t one massive impact.

"Bit of a washing machine ride, really! But all ok. They did a mega job to get the car out [for qualifying], it wasn’t quite perfect but it was there or thereabouts. We were lucky with how [little] damage we had."

Newey only narrowly missed out on making the cut for Q3, being beaten by TOM'S driver Nick Cassidy by just 0.058s in Q2.

"Given that we only two laps in the dry before qualifying [FP1 was wet], I wasn’t too disappointed [to miss Q3]," he added.

"I think we had an easy opportunity to go to Q3, given we had only two laps in practice, a car that wasn’t perfect, we didn’t get a chance to develop the set-up at all. With a bit more time we would have been easily in Q3." 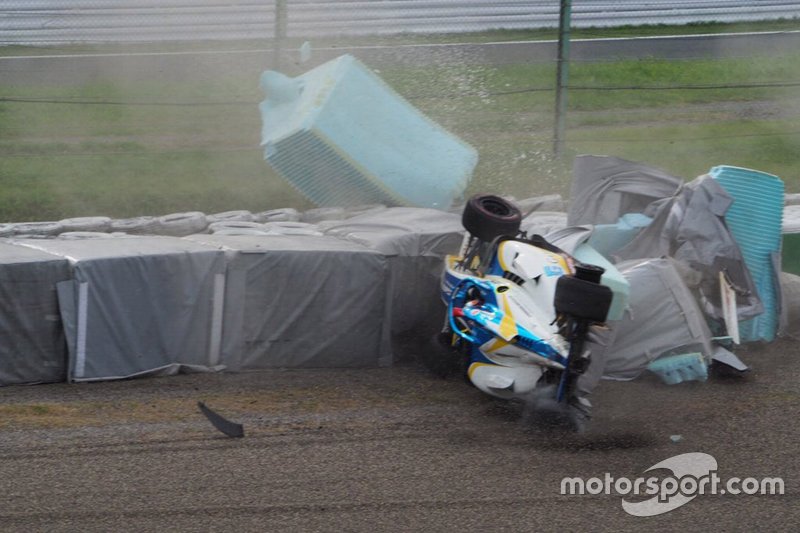 The crash brought out the red flags around 37 minutes into the 80-minute practice session, which was extended due to Friday's first practice session being affected by rain.

Alex Palou (Nakajima Racing) was second-fastest of the five title contenders in fourth place, ahead of Nick Cassidy (TOM'S) in seventh, Kenta Yamashita (Kondo Racing) in 14th and Kamui Kobayashi (KCMG) in 20th.

Red Bull junior Juri Vips (Team Mugen), who makes his Super Formula debut this weekend, was 17th-fastest and 2.1s off the pace in his first dry session in the SF19.