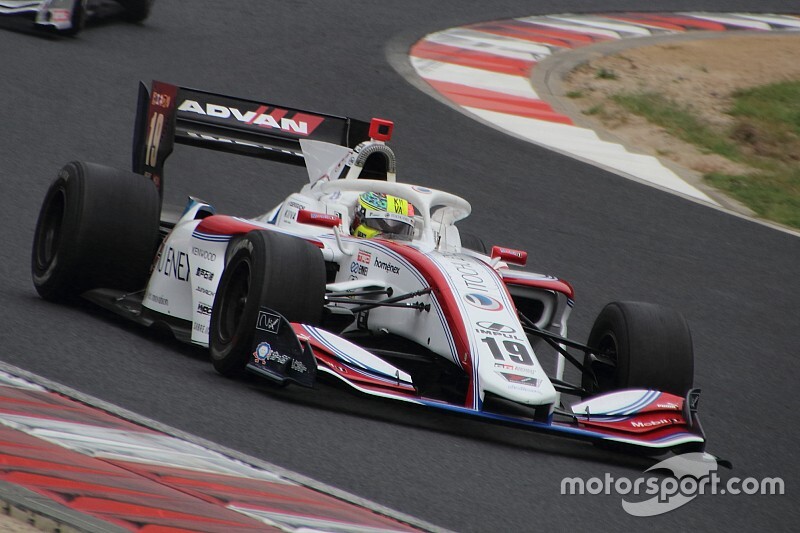 Yuhi Sekiguchi led a one-two for Impul in first Super Formula practice at Okayama, as the championship frontrunners trailed at the bottom.

It was reigning Japanese F3 champion Sho Tsuboi who led the majority of the session on soft tyres, improving gradually from a 1m15.775s to a 1m14.618s to enjoy a virtually uninterrupted run at the top of the charts.

However, he was shuffled back to 11th as nearly the entire field made a late switch to the soft tyre in the final 10 minutes of the session.

Sekiguchi was one of the biggest movers amid the late flurry of soft tyre laps, clocking a time of 1m13.851s to snatch the top spot.

Ryo Hirakawa set a time that was only 0.085s slower to take second, while Inging’s Hiroaki Ishiura finished another 0.019s adrift in third.

Mugen driver Tomoki Nojiri was Honda’s top driver in fourth, 0.142s off Sekiguchi’s chart-topping time, with Nirei Fukuzumi next up in the Honda-powered Dandelion car.

KCMG’s Kamui Kobayashi was sixth-quickest, heading Nakajima Racing pair Tadasuke Makino and Alex Palou, while the top 10 was completed by the Kondo Racing cars of Kenta Yamashita and Yuji Kunimoto.

Red Bull junior Patricio O’Ward was classified 15th in the second of the two Mugen entries, while Artem Markelov’s replacement Yuichi Nakayama ended up 17th-quickest on his return to Super Formula.

Championship protagonists Nick Cassidy (TOM’S) and Naoki Yamamoto (Dandelion) elected not to complete any runs on the soft tyre and two drivers were classified 18th and 19th respectively, with Cassidy edging Yamamoto by just 0.012s.

Friday's sole practice took place in dry but overcast conditions, although light rain was reported at some parts of the track later in the session.

Cassidy: "No one expects me" to beat Yamamoto to title

Fenestraz 'annoyed' to be wiped out by veteran Nakajima

Fenestraz 'annoyed' to be wiped out by veteran Nakajima