Against a backdrop of dwindling fan interest and disillusioned drivers, it's clear Super Formula has hit a low ebb in 2021. Bold action is needed to restore Japan's premier single-seater series to its former greatness, says Jamie Klein.

This weekend, Super Formula heads back to Motegi for its penultimate round of the season. On the face of it, this promises to be more a less a re-run of August’s race at the Tochigi Prefecture track, but with somewhat cooler weather and the added bonus of four previously absent regular drivers being back on track.

The championship could well be decided early as Tomoki Nojiri won the August race and is a handful of points away from the title. But there’s no denying that going back to the same track for a second race in a row with the same race format is a rather unsatisfactory way to potentially decide the championship.

It’s worth remembering that Motegi was awarded a second date on this year’s calendar in place of Okayama, which disappeared from the schedule for financial reasons. But when you consider that last year’s Super Formula race at the erstwhile Pacific F1 Grand Prix venue attracted a two-day spectator attendance of just 5,500, less than a third of the equivalent 2019 number, it's easy to see why Okayama didn't fancy it this time around.

And while some of that drop-off can be attributed to the COVID-19 pandemic, it’s not as if spectator numbers have shot back up across the board again since then. Taking race day attendance only, the best figure for the year has been the 11,300 fans that came to the Fuji season opener. The following race at Suzuka (9,500) is the only other event that has cracked the 5,000 mark.

Arguably the August Motegi race was the most disappointing of all, attracting a meagre 4,400 fans on race day. To put that into context, the SUPER GT round at Motegi in July saw 12,500 show up for the race, nearly three times as many, and the track even welcomed 4,200 fans for the opening round of the Super Taikyu season in March.

Perhaps the Motegi figure was adversely impacted by the big rise in COVID-19 cases in Japan in August, but the previous week’s SUPER GT round at Suzuka still managed to bring in a race day crowd of 11,500, so that doesn’t seem to be a satisfactory explanation.

And when Super Formula is attracting basically the same crowd as a Pro-Am second-tier sportscar series, whatever the circumstances, serious questions need to be asked. 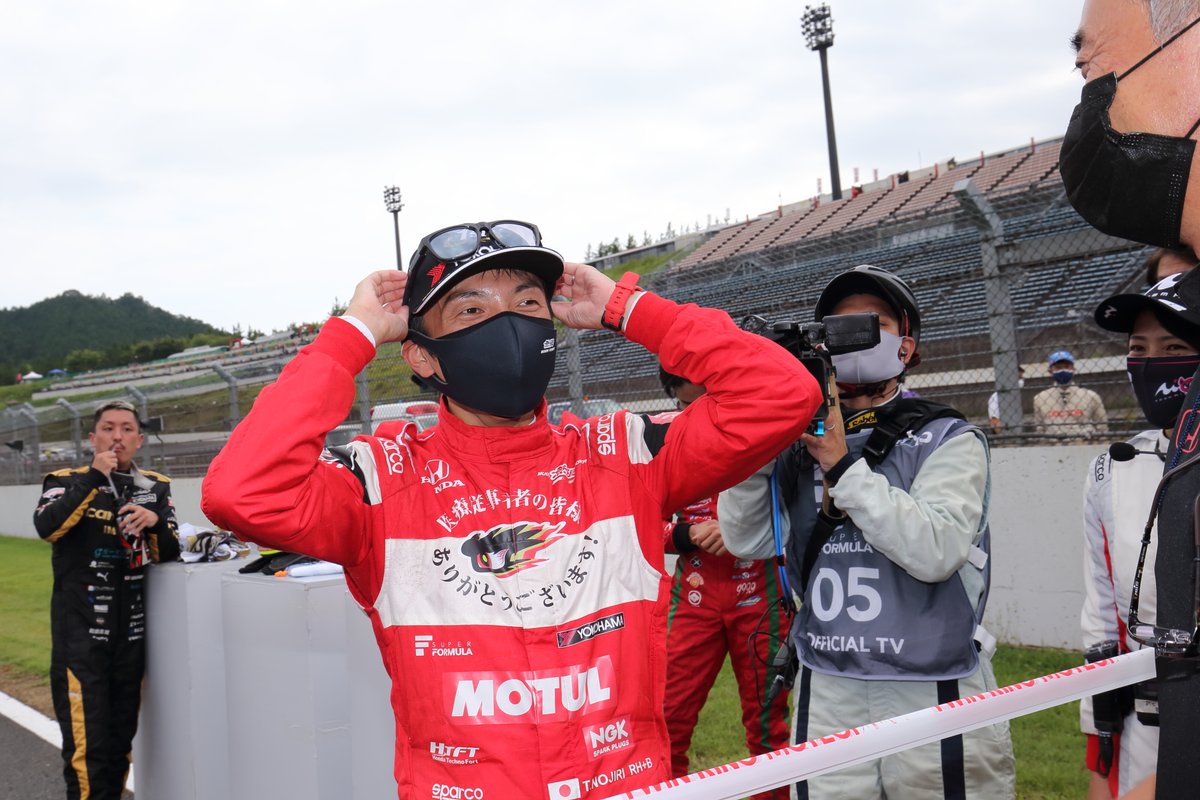 It’s fair to say that Super Formula has been hit harder than most championships by the pandemic. Series organisers of course can do little about the border restrictions that have sadly robbed the series of much of its international flavour, but the sweeping changes to the race format that were made for the 2020 season have not gone down well with the majority of those in the paddock.

To recap, the races were cut from 250km to around 180km, doing away with the need for refuelling, while also limiting strategy options with the arbitrary minimum pitstop window of lap 10. This came at the same time as the switch to a single dry compound tyre, which can last a race distance with few real issues, and mandatory tyre changes were even axed altogether briefly before being brought back after a truly soporific Motegi season opener.

Super Formula races now routinely last for an about an hour, or around half the length of a typical SUPER GT race, giving trackside fans a lot less action for their money than before. And that’s before you consider that on-track passes have been few and far between this season, with the August Motegi race proving a real snoozer: the top four finished in the order in which they ended the first lap, with the top three finishing in grid order.

Organisers did try and boost overtaking for 2021 by upping the Overtake System (OTS) allocation to 200 seconds, double the previous 100 seconds, but a common criticism of the OTS is that it’s too easy to defend position with it. In fact, giving each driver 200 seconds means they are even more incentivised to simply smash the OTS button when there’s a car close behind.

But perhaps the biggest criticism that can be levelled at Super Formula right now is that, at least in its 2021 guise, it has ceased to be a real test of a driver’s ability. While the drivers generally love the high-downforce, nimble SF19, they are decidedly less enamoured by how tricky it is to set-up, and many talented drivers and highly experienced engineers have spent most of the season tearing their hair out trying to coax more speed from it.

That’s partly because there are so many things that teams are allowed to change on the car, and the technical freedom afforded by the rules even extends to the use of things like custom dampers and gurney flaps. Something as simple as the type of damper a team uses can easily make or break a season, despite being completely beyond the driver’s control.

Indeed, one of the strange things about the 2021 season has been how many drivers that are performing well in SUPER GT are struggling so much in Super Formula, such as Naoki Yamamoto, Kenta Yamashita and Sho Tsuboi. For a championship that can distinguish itself from its competition by being a pure battle of drivers, it isn’t doing a particularly good job of allowing the most talented to shine. 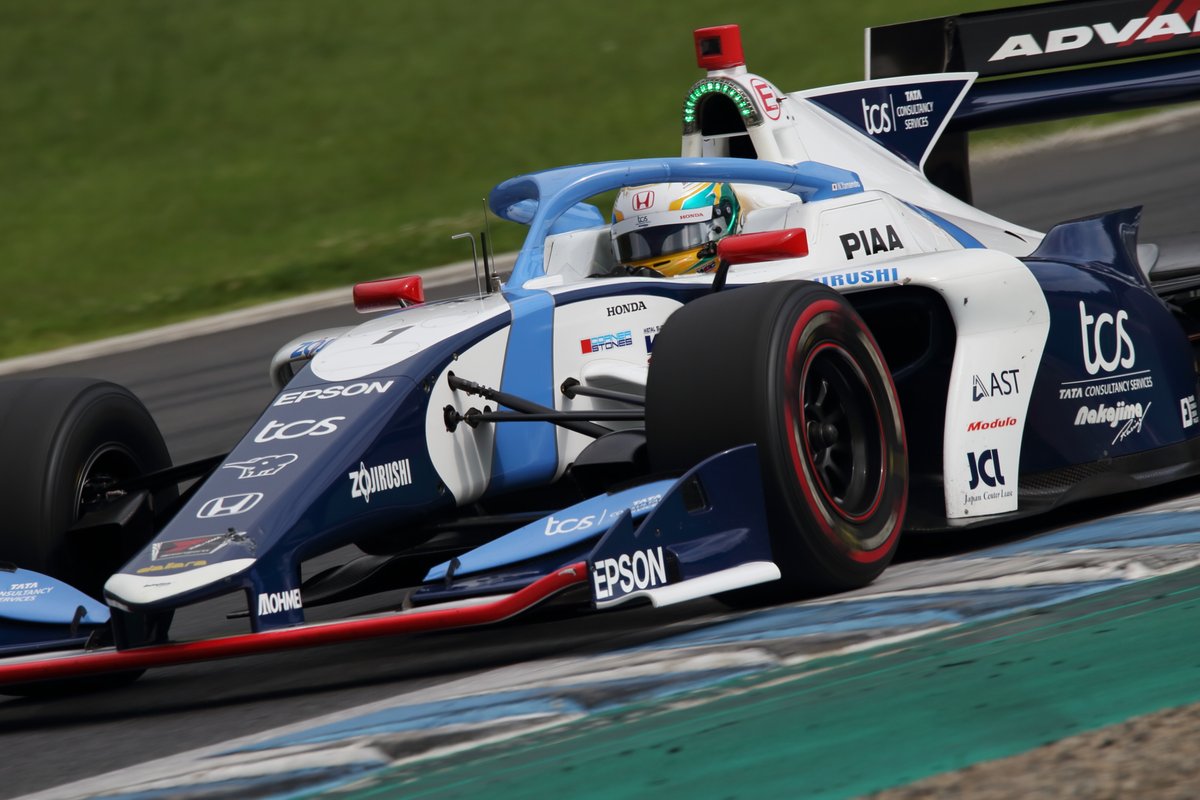 Naoki Yamamoto isn't the only top driver to have inexplicably struggled in 2021.

The lack of international drivers for most of the season has not helped Super Formula with its profile abroad, but the low spectator turnouts seen this season suggest that even domestically, it is struggling to compete for fan interest with SUPER GT, which offers a much more compelling on-track product.

While crowd figures are yet to recover to 2019 levels, SUPER GT races feel much more like real events, with the paddock transformed into a mini-metropolis and manufacturers and sponsors making a real effort with activation – something you don’t see so much of in Super Formula these days, which shouldn’t be a surprise considering the rather meagre crowds.

As one driver told this writer some time ago: “The teams and the drivers are really bored, not just the fans. Everyone is scared about losing this championship. But it just isn’t exciting any more. It needs to be much more exciting, like SUPER GT or F1. We need big changes.”

The good news is that JRP, the organisation behind Super Formula, as well as engine suppliers Honda and Toyota, have recognised that something needs to change to help reconnect the series with the fans.

To this end, a ‘working group’ has been formed to come up with ideas for the series looking ahead to next season and beyond. More double-header weekends, widening strategy options and perhaps a return to longer races (something JRP all but ruled out earlier in the season) appear to be on the agenda.

The championship in its current form wouldn’t be viable without the involvement of Toyota and Honda, so the fact they are committed to finding ways to help the series escape the doldrums is an encouraging sign. But simple window dressing won’t be enough.

Hopefully spectator numbers will improve next season as the spectre of COVID fades among an increasingly vaccinated Japanese population, but for the championship to prove sustainable there needs to be a considerable jump from the 2021 figures. And for that to happen, the on-track product needs to be made a lot more appealing via changes to both the sporting and technical regulations.

Recognising the problem was an important first step, but now is the time for Super Formula and its stakeholders to be bold and start winning back the fans it has allowed to slip away.