O'Ward "slowly getting the hang" of Super Formula

Red Bull junior Patricio O’Ward believes he is “slowly getting the hang of Super Formula” after getting his first taste of the SF19 car at Fuji Speedway on Friday.

O’Ward is making his Super Formula debut in the fourth round of the championship this weekend, less than two weeks after it was announced that he would take the place of the ousted Dan Ticktum at Mugen.

The Mexican completed 27 laps at Fuji in first practice to finish 20th and last, five places and seven tenths behind teammate Tomoki Nojiri - who likewise didn’t use the faster soft tyre.

O’Ward admitted he found it tricky to get accustomed to the new environment at the beginning of the session, but was buoyed by how he was able to go quicker on scrubbed tyres.

“But I think I’m slowly getting the hang of it, every time we went out we were improving. [I] have to still learn how to get the maximum out of the new tyre.

“Every time I was getting better with the old tyre, so that was good. And it’s nice to have someone very experienced like Tomoki in the team to learn from.

“Tomorrow [Saturday] I’ll get the taste of what soft tyre is. Really what difference is between the medium and the soft tyre.”

He added: “It’s not easy to jump into a championship where everybody had a good amount of testing and races already under their belt.

“I walk in stone cold so it’s very hard, but I’m just trying to do the best I can, learn the most I can, adapt as quick as I can and the results will come by themselves.”

Super Formula introduced a new generation car at the start of the season that has proved to be faster than its predecessor, while still remaining light - the new SF19 is only 10kg heavier than the SF14 despite the addition of the halo.

Asked to give his first impression of the car after his maiden practice outing, O’Ward said: “A lot of downforce. A lot of downforce, but it’s a car with which you have to be very patient with.

“It’s a car that likes to get off the corner quick, but it’s very hard to find a good balance because of the hard compound of the tyre.” 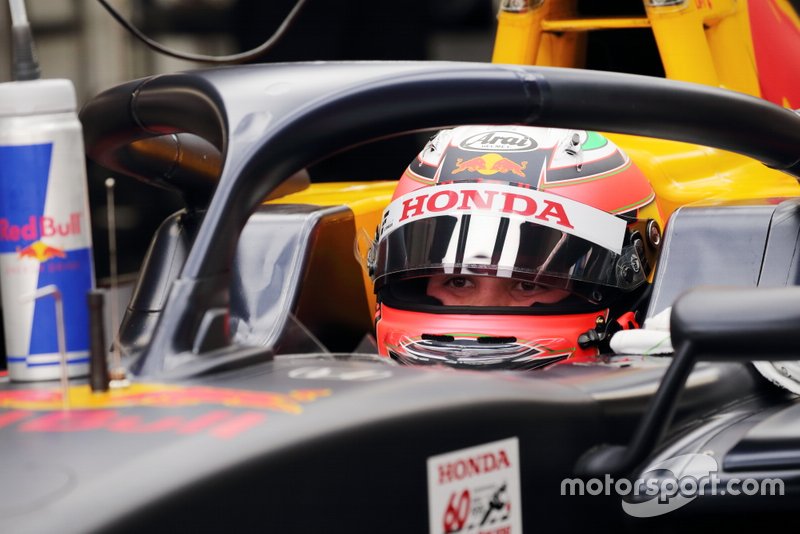