O'Ward "scratching off the boxes" with Okayama points

Red Bull Formula 1 junior Patricio O’Ward says he is “scratching off the boxes” after breaking into the points for the first time in Sunday’s Super Formula race at Okayama. 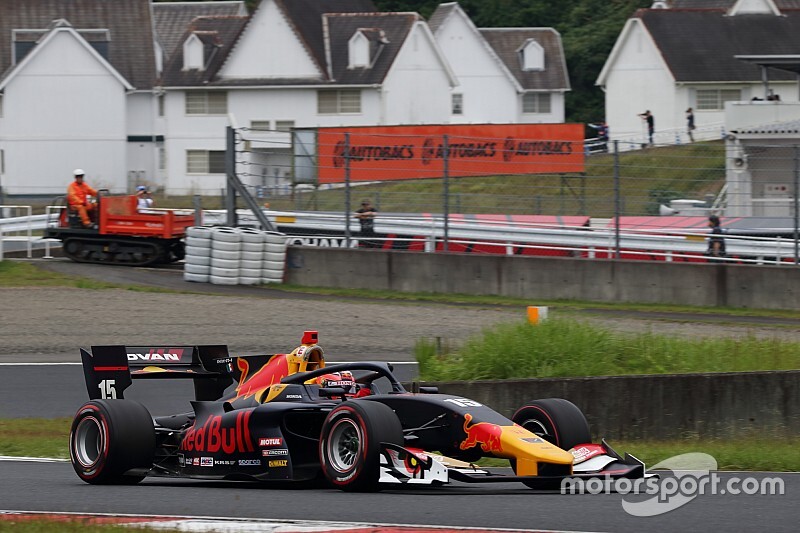 O’Ward outqualified his Mugen teammate Tomoki Nojiri to line up 11th on the grid, before finishing sixth to score his maiden series points in only his third attempt.

The Mexican driver was relegated to the back of the pack with anti-stall issues at the start of the race, but a strategic decision to pit under the safety car catapulted him inside the top 10.

He also successfully held off defending champion Naoki Yamamoto, who was unable to close in despite having roughly the same tyre life as the 20-year-old.

“Yeah, first points,” O’Ward told Motorsport.com. “Pretty happy with the result, despite the disastrous start that we had.

“I really started going for some reason with the wheelspin, I short shifted to second to eliminate that and the anti-stall kicked in for no reason and that’s what put us back.

“But the team gave me a fantastic car and our strategy was great to make a comeback, the pace was there. So yeah, I mean what could have been.

“[The pace] was good. I tried to keep up with pace with Harrison [Newey] and Alex [Palou], but it looked like they were a bit faster than me throughout the course of the stint.

“But this is just my first race and just getting used to the Yokohama tyre. But I think we’ve been doing a really good boost for me and the team.

“But I’m very happy with my first few [Super] Formula points and I just want to continue getting better.”

While the Mexican aims to end his part campaign on a high at this month’s title decider at Suzuka, he believes his points finish at Okayama shows he is already “scratching off the boxes.”

“Yeah, I want to do better in Suzuka,” he said. “And it looks like it’s a pretty fast track so I’m looking forward to it. Hopefully it suits my style.

“It will be fantastic to end the season with a podium. It’s been a tough season for me so far but bit by bit I’m scratching off the boxes, it’s getting better and better.”

Yamamoto: 'I can't win the title with my current driving'