Red Bull could send two drivers to Super Formula in 2019

Red Bull could field two of its junior drivers in Super Formula next season, according to the energy drink giant’s motorsport advisor Helmut Marko.

Pierre Gasly raced in the Japanese single-seater championship last year and the Frenchman came agonisingly close to winning the title, missing out by just half a point after the final round was cancelled due to a typhoon.

Marko said earlier this year that Gasly’s Japan stint was “absolutely essential” as it allowed him to “mature” in an alien environment, while Gasly himself admitted that the experience of working with Japanese engineers has helped him better communicate with Honda after his F1 move.

Labelling Super Formula as a “more competitive series than F2”, Marko says he’d like to see more Red Bull proteges racing in Japan after paying a visit to Motegi last weekend to watch the fifth round of the championship.

“We were taken by Pierre Gasly’s performance in Super Formula last season,” Marko told the official Super Formula website. “He developed as both a person and driver while he was in Japan. And by coming to Japan, he gained a lot of confidence and also grew a lot.

“This has all led us to consider bringing in two Red Bull drivers to Super Formula next season. We feel that Super Formula is an even more competitive series than F2.”

Marko says he has already started conversing with Honda motorsport boss Masashi Yamamoto and plans to take the talks further during the Japanese Grand Prix in October.

“We haven’t gotten that far yet,” Marko said when asked if he plans to start a new two-car squad or place his drivers in any of the existing teams. ”I just started speaking to Yamamoto about that.

“I’m also speak to Yamamoto about it more in-depth around the time of the Japanese Grand Prix.”

Ticktum one of the candidates

Red Bull has been considering Dan Ticktum as a possible replacement for Brendon Hartley at Toro Rosso in F1, although lack of superlicense points mean he may have to spend another season in the junior ranks.

Ticktum took part in two Super Formula races earlier this year with Mugen and says he’d be open to a full campaign next season, when the series introduces its faster SF19 car that would trim down the pace deficit to F1 even further.

“But the important thing for me is that I have to be prepared for whatever I’m doing. I would be very very happy to come back to Japan to be honest.

“This season I’m obviously doing two races. May well do more. But for the moment I’m only doing these. I’ll try to learn as much as I can in these two races. Maybe it will help for next season if I’m to do Super Formula.”

All Super Formula races are broadcast LIVE on Motorsport.tv. 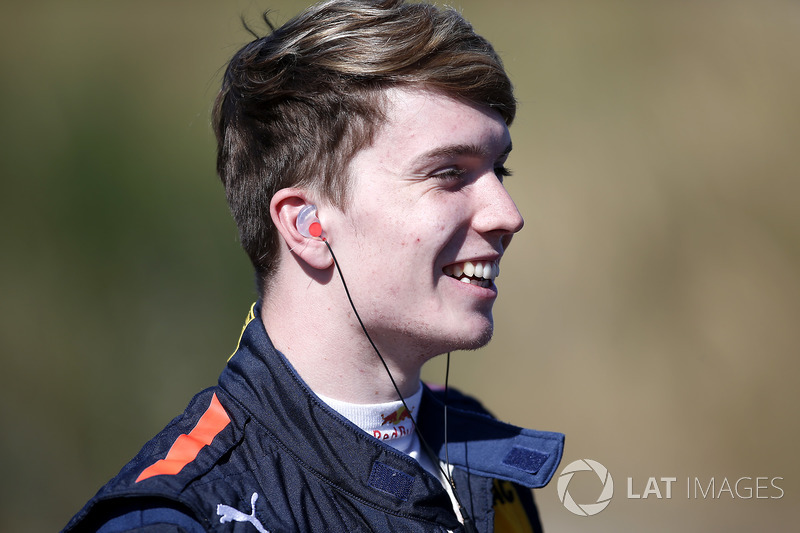