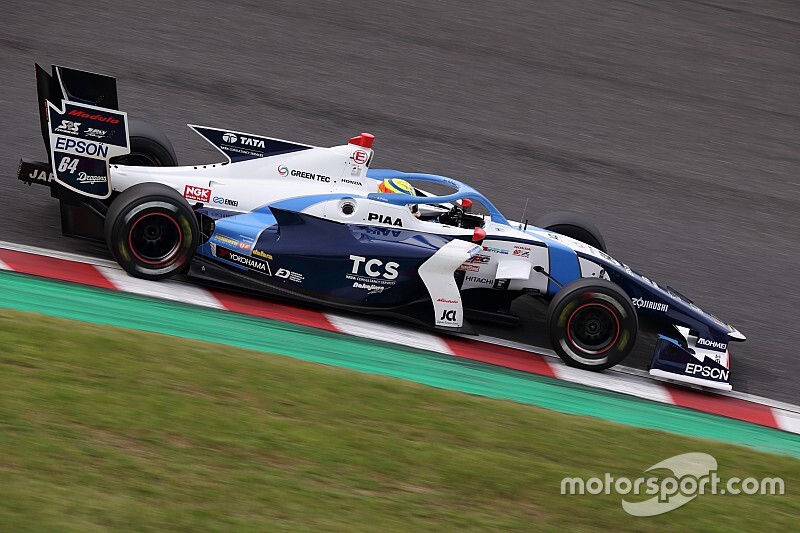 Nakajima Racing driver Palou's lap of 1m35.972s at the end of the seven-minute Q3 session put him with a tenth of a second of the track record set by Kazuki Nakajima in 2017.

It also ensured he took a vital bonus point, putting him within three points of standings leader Naoki Yamamoto with 13 still up for grabs in the race.

"First job done," commented Palou after scoring this third pole of 2019. "I said yesterday [Friday] I was really motivated, because the first round [of the season at Suzuka] I lost pole position, and I had to bring that pole home.

"In Q2 I was a bit nervous, I don't know what happened, but the team worked on the set-up and gave me a new strategy.

"Tomorrow is the big day. We'll try to fight and we'll try to win the championship. I want this win and this championship so bad, I think the team deserves it."

Yamamoto was fifth-fastest, a place behind Dandelion Racing teammate Nirei Fukuzumi and 0.376s off pole, but ahead of nearest rival in the standings Nick Cassidy (TOM'S).

Cassidy had barely scraped into Q3, beating Harrison Newey for eighth in Q2 by a scant 0.058s and becoming the only Toyota runner to make it into the pole shootout.

After Newey's big shunt at 130R in second practice, B-Max was able to repair his car in time for the start of qualifying, with the Briton going on to secure his best grid slot of 2019 in ninth ahead of the second TOM'S car of Kazuki Nakajima.

Outside title hopeful Kenta Yamashita (Kondo Racing) could only manage 11th, while Kamui Kobayashi was the only one of the five contenders to be eliminated in Q1.

As per the previous round at Okayama, Q1 was split into two groups. KCMG driver Kobayashi was in the slower first group but could manage only the eighth-fastest time, leaving the Toyota LMP1 regular down in 16th on the grid.

The Estonian nonetheless starts ahead of two-time series champion Hiroaki Ishiura (Inging), who was slowest in the first group after a trip into the gravel at Degner 2 on his hot lap.