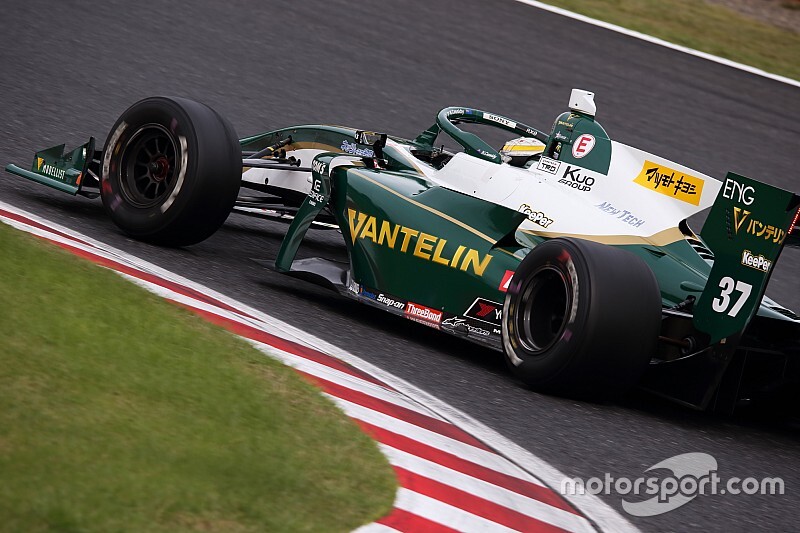 TOM'S driver Cassidy opted for what turned out to be the faster strategy of starting on soft tyres and stopping late in the race to switch to mediums - and duly crossed the finish line behind Team Mugen's Tomoki Nojiri, who employed an identical strategy.

"I don't know what to say," commented an emotional Cassidy. "My team are amazing. I've won every championship in Japan with TOM'S [Japanese F3 in 2015, Super GT in 2017], it says everything about them. They are a great group of people, like my family.

"It was so difficult [this season], there are so many great drivers in this championship, it's hard to be on top all the time. But it’s about making the most of the days when you are not at the top and I think we did that well this year. When we were not fast, we got a good result."

Palou had chosen to start on medium tyres and led the early laps ahead of second-place starter Nojiri, as Lucas Auer stalled from third on the grid.

Cassidy meanwhile picked off both Yamamoto and the defending champion's teammate Nirei Fukuzumi, who both started on mediums, to move up to third place from sixth.

Palou was soon under pressure from Nojiri and was passed by the Japanese driver at 130R on lap eight, shortly before pitting to change to softs.

However, it soon became clear all was not well with Palou, as Fukuzumi - who had jumped back ahead of Yamamoto in the pitstops - caught up with the Spaniard.

Fukuzumi then took over as the lead driver to have stopped on lap 16 of 43 after moving ahead of Palou at 130R, albeit some 50 seconds off the lead.

Palou’s descent continued as Yamamoto passed the Nakajima Racing driver on lap 21, and after haemorrhaging several more places, the poleman pitted a second time on lap 28.

By lap 30, Nojiri and Cassidy had started to lose ground to the drivers that had stopped, with Nojiri finally pitting from the lead at the end of lap 33.

He rejoined second behind Auer – who was yet to pit – but retook the lead when the Red Bull-backed Austrian stopped on lap 36, and took the chequered flag by 2.5s for his first Super Formula win in five years.

Nojiri also ensured that all seven Super Formula races this year were won by different drivers, leaping up to fourth in the final standings with the bonus points.

Cassidy meanwhile had stopped on lap 34, only just staving off a challenge from Fukuzumi to hang on to a net second, and in the end he finished 1.3s clear of the Dandelion driver to cement the runner-up spot and the title.

Behind Fukuzumi, Yuki Sekiguchi (Impul) ran third behind Nojiri and Cassidy on the same strategy for much of the race and ended up fourth ahead of Yamamoto.

The remaining title contender, Kamui Kobayashi (KCMG), opted to start on wets - despite the track being completely dry - in order not to have to run the medium tyre.

He was on course to finish 10th with this unconventional strategy, but appeared to run out of fuel just after the finish and was classified 12th.

Juri Vips (Mugen) looked good for a top-10 on his Super Formula debut until he stalled at his pitstop, condemning him to 18th place ahead of the struggling Palou.