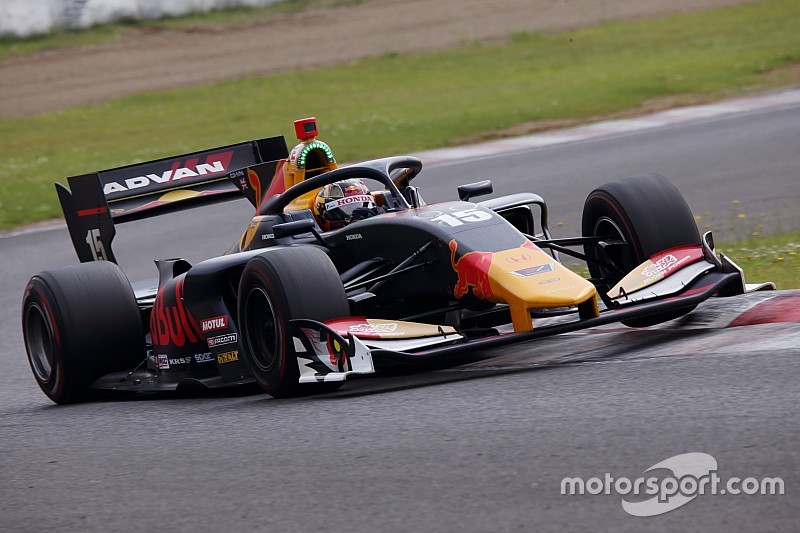 Red Bull Formula 1 junior Dan Ticktum suspects there is “something significantly wrong” with his Super Formula car after finishing a lap down at Sugo.

Ticktum endured his worst weekend in Super Formula since his debut at the same circuit last year, qualifying on the last row and crossing the finishing line in 15th, only ahead of Team LeMans duo Artem Markelov and Kazuya Oshima.

By contrast, Mugen-Honda teammate Tomoki Nojiri was set for a podium finish until he crashed out while chasing the other Red Bull-backed car of Lucas Auer.

Ticktum fears he may have damaged his chassis in a crash at the previous round at Autopolis, as he remains baffled by the one-second pace deficit to his teammate.

"Terrible is the best way to describe [the weekend],” Ticktum told the Red Bull junior site. “We tried everything with the car, the set-up, I tried changing my driving style, we all did everything but there is something wrong that we didn't find."

"I really wonder whether when I hit the kerb at Autopolis something was damaged that we haven't found. It does seem that something is significantly wrong."

"These cars are very sensitive, you can see that most of the teams are inconsistent but that doesn't explain why I am a second off my teammate.

“Not wanting to be arrogant but on an off day I might be a tenth or so off but this is more than that.” 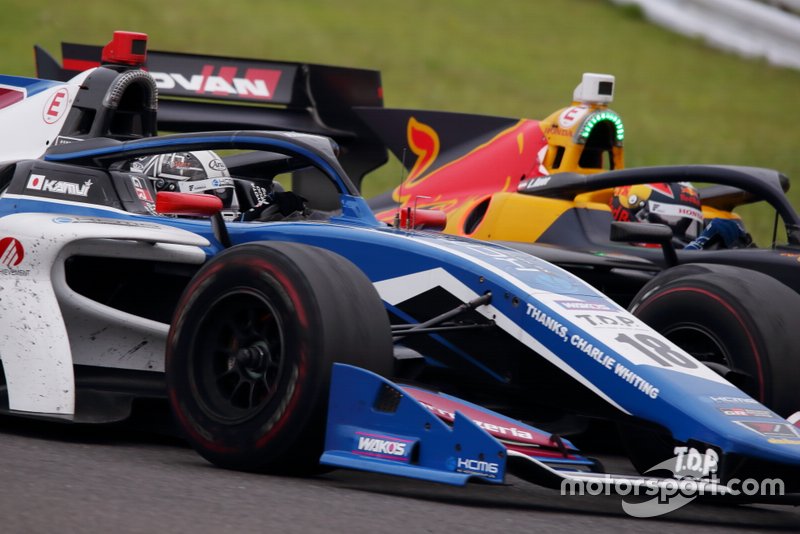 While Ticktum endured another torrid weekend in his first full season in Super Formula, Auer secured his first maiden podium finish after qualifying inside the top five for the second race in a row.

The B-Max by Motopark driver was running in second place when the safety car made a late appearance, but got bogged down by the lapped car of Oshima and slipped to third.

“First podium for [the team] in Super Formula also for me,” Auer summed up after the race. “I’m super happy, big congrats to them.

“As I said a huge thanks for all the hard work. From now on we can build up. It’s great to be learning this season and already riding on the podium is a confidence boost for the future races.

“Race is always very entertaining. I had a good start, good first lap and a long stint on soft tyres, running P2.

“Our pitstop was okay, I lost a position. We need to check this but unfortunately [Tadasuke Makino] retired in front of me straight away so I was again in P2. And then basically just safety car.

“There was a bit of confusion with lapped cars because it would have been quite nice to have a proper showdown. But anyway that’s how it is. Still happy with P3. Also in general strong weekend from us.”