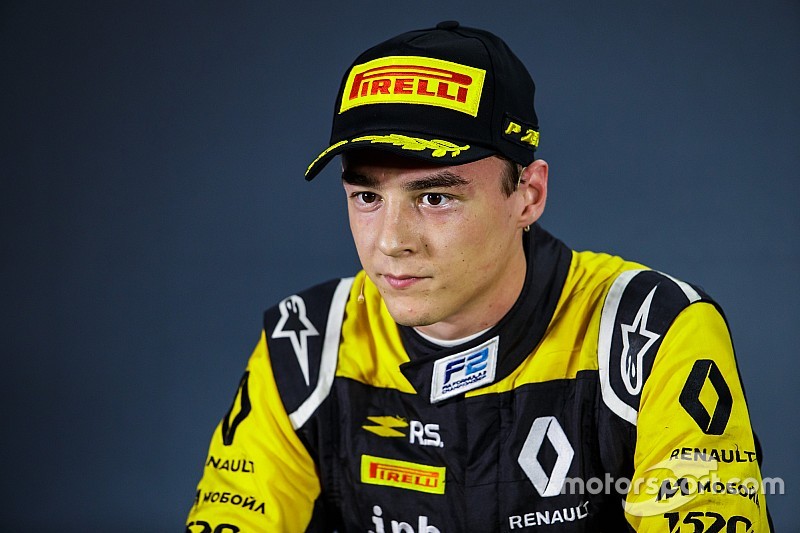 Formula 2 frontrunner Artem Markelov will switch to Super Formula in 2019, joining Toyota’s driver line-up at the start of the series’ new SF19 era.

As predicted by Motorsport.com, Markelov will drive for Toyota-affiliated squad Team LeMans alongside Kazuya Oshima.

The Russian driver was due to test the previous-generation Super Formula car for the first time in December last year, before the deal was called off at the last minute.

He will now get his first taste of a Super Formula car at the first pre-season test at Suzuka on March 4-5.

Markelov has been racing in F2/GP2 since 2014, but ruled out returning to Formula 1’s feeder category for a sixth season in 2019, leaving Super Formula as his primary option.

The 24-year-old had been hoping to a land an F1 drive and was linked to Williams, but lost out on the seat to series returnee Robert Kubica and F2 champion George Russell.

He also drove for Renault at the post-season test in Abu Dhabi as part of his role as the French manufacturer's test driver.

Cassidy has been affiliated with TOM’S for several years, with both his Japanese F3 and Super GT titles coming with the Tokyo-based squad.

The Kiwi's place at Kondo will be taken over by Yuji Kunimoto, who has moved over from Inging to make way for Tsuboi. Kunimoto will team up with Kenta Yamashita, who has raced with Kondo since the start of his Super Formula career in 2017.

KCMG will again commit to a single car, with Kamui Kobayashi returning with the Hong Kong-based squad for a third season.

2019 will mark the introduction of Super Formula’s new halo-fitted SF19 car, which is touted to be both faster and safer than its predecessor.

The Dallara-built chassis will retain the IndyCar-style OTS (overtake system) of the older generation car, although changes are being evaluated that will allow drivers to deploy 100 seconds of boost freely throughout the race, with a minimum use of one second.