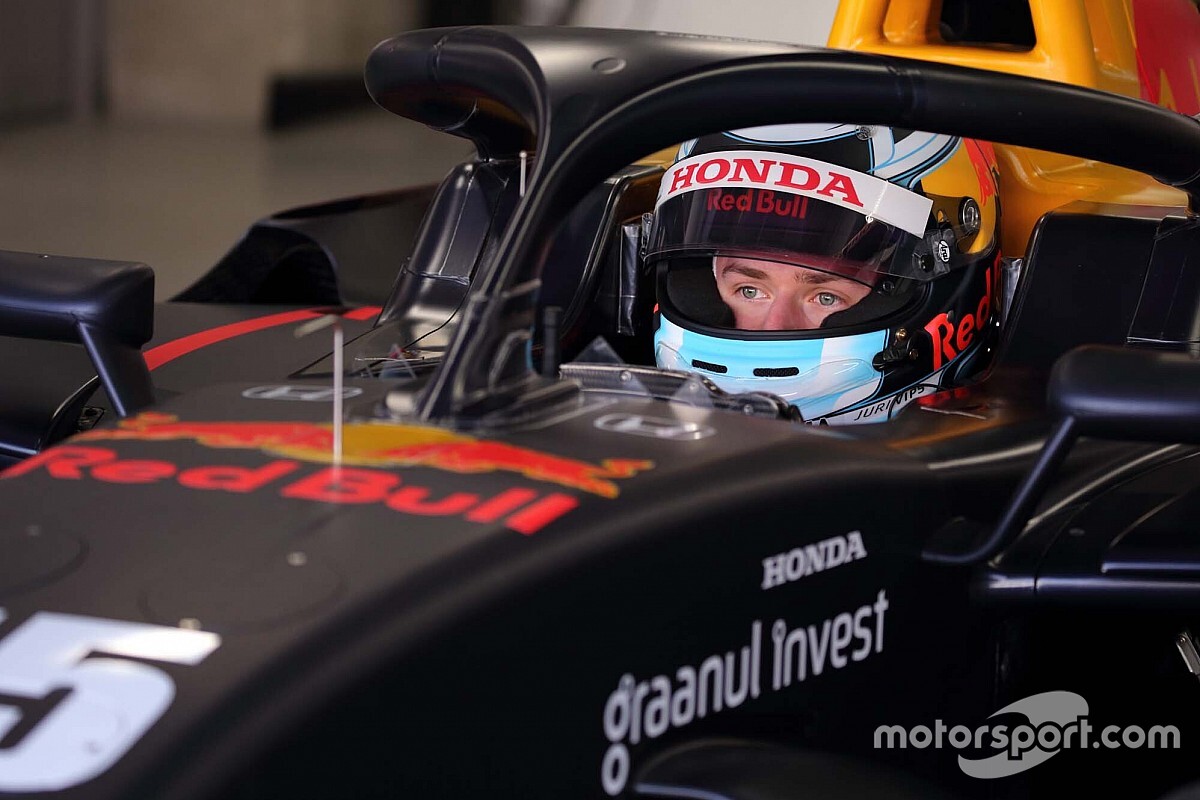 Red Bull junior Juri Vips has admitted he feels "lucky" to have been retained by the energy drinks giant for 2020 off the back of his run to fourth place in FIA Formula 3 last year.

In his first full campaign as a Red Bull-backed driver, Vips finished 'best of the rest' behind the Prema drivers in F3, scoring three victories for Hitech Grand Prix.

Now the 19-year-old has been placed in Super Formula for 2020 following a one-off outing at Suzuka last year, when he became the third Red Bull driver to race for Team Mugen that season after Dan Ticktum - who was axed mid-year - and Patricio O'Ward.

A top-two championship finish would be enough to ensure Vips gets a superlicence, but the Estonian said he is worried a sub-par performance could spell the end of his Red Bull tenure.

"The Red Bull programme is tough and I think if I don’t do really, really well, I’m pretty aware that I can be kicked out," Vips told Motorsport.com. "So I really have to aim high.

"We’ll see obviously what happens but I’m sure the expectations from them are high, which is normal because they want the best standard in Formula 1."

Asked if he felt he met Red Bull's expectations in F3, Vips said: "Yeah, I was surprised. I was actually afraid after last year I might get kicked out because I didn’t win the championship.

"I was lucky to stay I guess, I don’t know. You never know when you’re in the programme. They’ve dropped a lot of good drivers in the past so I just have to do my best and not think about it in the end. That’s the only thing I can do."

Vips concluded March's Fuji Super Formula test with the seventh-fastest time on the first day and overall, around half a second off the pace set by Ryo Hirakawa and trailing teammate Tomoki Nojiri by two tenths.

But the F3 graduate said he was pleased that both he and Nojiri were able to figure strongly in the test after Mugen's early-season struggles last year.

"I lost half a second in sector three," he added. "On the old tyre runs, it was ok, but on the new tyre, one problem was overheating and the other thing was I couldn’t extract the maximum from it.

"It's always a good sign if you know you haven’t got everything out of the tyres and the car, and the lap time is still more or less there. It's encouraging, let’s say."

Vips added that his adaptation to Super Formula has been boosted further by the arrival of Canadian engineer Ryan Dingle, who worked with Kamui Kobayashi at KCMG last year and at Team LeMans prior to that.

"[Racing at Suzuka last year] definitely helped, just to integrate myself into the team and seeing how the race weekend is," said Vips. "I have a new engineer as well, a Canadian guy [Dingle], so the communication is easy.

"I feel more integrated in the team. The transition was difficult at first but now I feel a lot more comfortable."

Auer has made "huge step" since Super Formula stint