B-Max Racing has secured its presence on the Super Formula grid this season with the signing of American teenager Yves Baltas, Motorsport.com has learned.

It follows B-Max engine supplier Honda's veto of the team's first choice for the drive, Nobuharu Matsushita, who contested four races for the team last year.

As previously reported by Motorsport.com, B-Max and Matsushita had agreed terms to continue their relationship that started at last year’s Autopolis round for the full 2021 season with support of sponsor Buzz, only for Honda to refuse to give its blessing.

The official reasoning for Honda refusing to sign off on the move is its former protege Matsushita joining Nissan as a factory SUPER GT driver for the 2021 season.

With Buzz pulling its support for the team in the wake of that decision, B-Max was in danger of not being present on the Super Formula grid at all this year.

But now the squad has been able to secure the funding needed to run at least one of its two originally planned Honda-powered entries for 19-year-old New Yorker Baltas, who has limited experience of racing in Euroformula Open and Formula Renault Eurocup.

Baltas began testing single-seaters as early as 2015 but did not make his racing debut until 2017, when he participated in two British Formula 4 rounds with Arden. 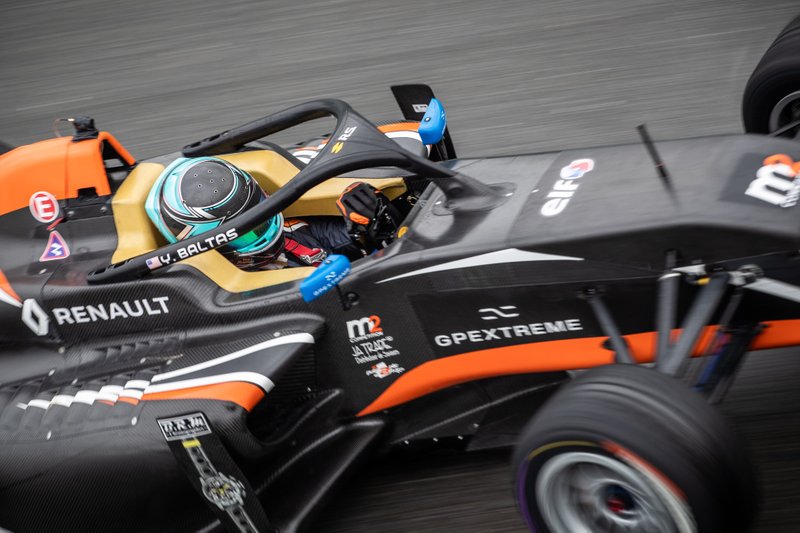 He moved up to Euroformula with Campos in 2018, contesting five of that year’s eight rounds with a best finish of seventh place, and then joined M2 Competition for the first three Formula Renault Eurocup rounds in 2019 and not finishing higher than ninth.

Baltas was the on the sidelines in 2020, meaning his last race appearance was the Monaco Formula Renault round almost two years ago.

If confirmed by B-Max, he will become the third international driver on this year’s Super Formula grid after Sacha Fenestraz (Kondo Racing) and Tatiana Calderon (Drago Corse).

It's unclear however if Baltas will participate in the first pre-season test at Suzuka on March 11-12 amid Japan's strict travel restrictions, which are set to prevent Fenestraz from being present.

Calderon meanwhile arrived in Japan earlier this week and is now serving her mandatory 14-day quarantine ahead of the Suzuka test.

B-Max is understood to be still trying to find the required funding to field its second entry.

Buzz ending its relationship with B-Max has also put paid to hopes of the team forging a partnership with British single-seater powerhouse team Carlin.

It's understood talks were held with Carlin following the end of B-Max's alliance with Motopark, which started ahead of the 2019 campaign but concluded after last season.

Matsushita: Maiden Super Formula win "not enough for me"

Yamamoto sees glimmer of hope after Sugo Super Formula round