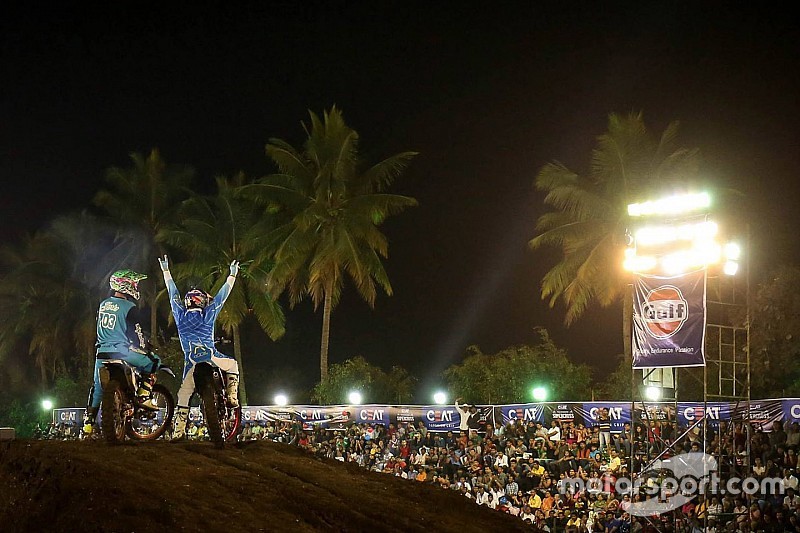 The fourth edition of Pune Supercross League will take place at Royal Palms, Mundhwa between November 17-19, it has been announced.

Set to revolutionise supercross racing, which has been steadily gaining popularity in South India, the three-day event will feature 53 national and 11 international riders. It will also witness two freelance motocross riders from Germany.

Interestingly, there will be an IPL-style auction for the riders that is due to be held in Pune on November 3. All seven teams will participate in the auction, namely defending champions Bhalla Royale, INK Racing, P. B. Racing, Team Greeshm, Lilleria Motorsports Amanora Park Town, and Aranha Racing.

The riders will compete in six motos across six categories during the three-day event, with teams also getting points on the basis of how their riders perform.

In a bid to get Indians interested in supercross racing at an early age, the league will have a separate category for riders under the age of 15.

Some of the young talent that is expected to take part in the event include Yuvraj Kondhe, Karan Karle, Ikshan Shanbag and Sarthak Chavan. Tanika Shanbhag will be the sole female entrant in the SX-J Juniors Group “A” Class.

Meanwhile, TVS Racing ace R Nataraj will be among the most experienced guns in the field.

The organisers have also planned an entertainment package around the event, with food stalls, music, product launches, exhibitions, and various performances scheduled during the weekend.

On the entertainment side, eight supercross models have been chosen after a lengthy selection process.

Mr. Eeshan Lokhande, Event Director & Partner, Vilo Events said, “Supercross as a sport in India is once again gaining popularity. Pune has always been the mecca of supercross and our endeavor is to carry the legacy forward.

“The new format promises to excite everyone and would further entertain the crowds which have witnessed constant growth.The main aim is to give people a dose of pulsating racing and entertainment at the same place and at the same time.

“It’s time to give the riders and spectators along with the sponsor a better platform for racing. Good tracks, facilities, a wide range of branding for sponsors and last but not the least a lot of respect for the riders, Pune Invitational Supercross League promises to do the same.”