Dunlop test speed shows it's "in the game" - Baguette

The Okayama SUPER GT pre-season test has confirmed that Dunlop will have two cars "in the game" in 2021, according to Bertrand Baguette.

Dunlop, which from 2011 until last year supplied only the Nakajima Racing team in the GT500 class, has doubled its representation in SUPER GT's top division following the Mugen Honda squad's switch from previous tyre supplier Yokohama.

The Mugen car was quickest during the Okayama test at the start of this month in the hands of team newcomer Toshiki Oyu, and that was backed up by the team securing the second-fastest time on the first day of private testing at Suzuka on Monday.

Real Racing Honda driver Baguette believes the one-lap speed of the Mugen NSX-GT in testing is further evidence that Dunlop will be in a position to threaten dominant tyre brand Bridgestone this year after its 2020 progress.

"We’ve got confirmation here that the Dunlop cars will be quick over one lap, and now they have two cars that can be in the game for sure," Baguette told Motorsport.com at the Okayama test.

"I don’t know what they’ve found, but for sure they are quick over one lap now. Long runs are a different story, so we will have to see how they will be. But mainly I think it will be the Toyota and Honda Bridgestone-tyre cars fighting for the championship.

"It’s difficult to know what Michelin is doing, but it looks like they are struggling a bit and the cars are the same as last year, so I wouldn’t be surprised if they cannot fight back. TOM’S is very strong and the two other [Bridgestone] Hondas [Team Kunimitsu, ARTA] are strong as well." 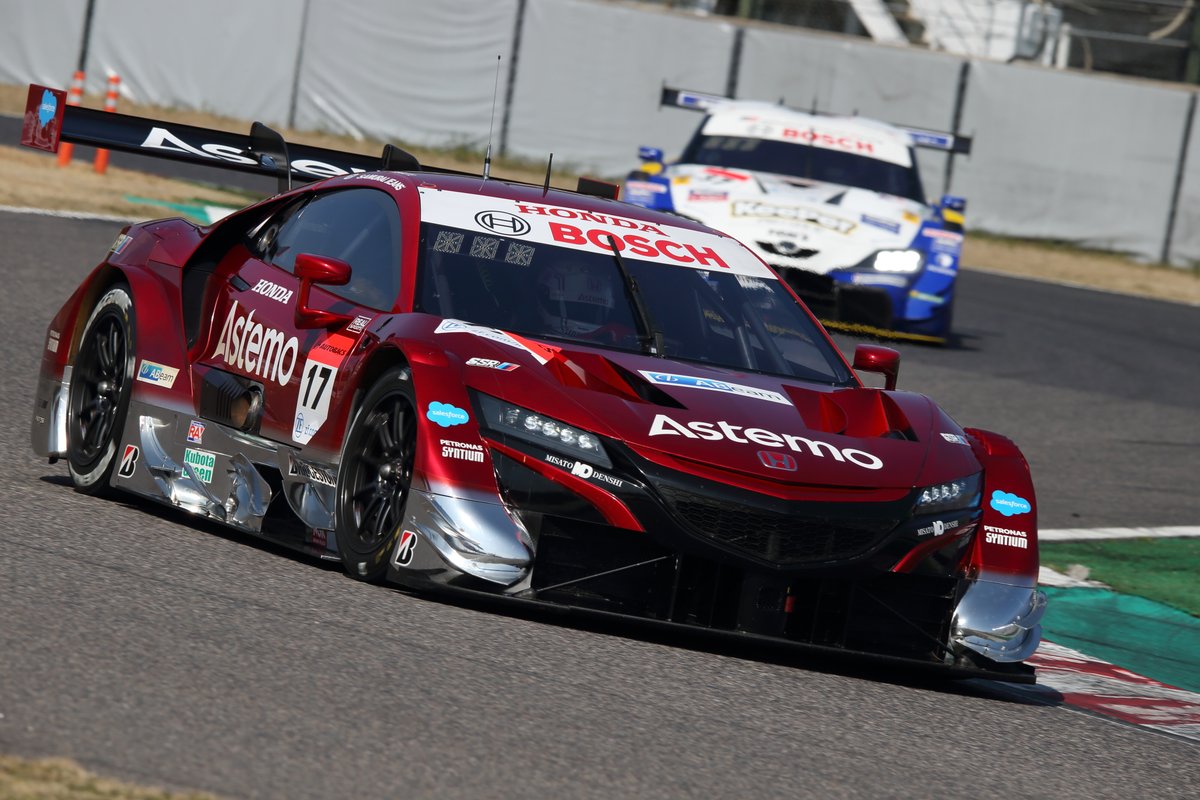 Dunlop enjoyed a breakout year in 2020 with the Nakajima squad, which scored two pole positions and its first dry-weather podium since its last victory in the Suzuka 1000km with a second-place finish at Motegi.

Baguette, who was part of the Nakajima outfit between 2014 and 2018 and helped secure the team's 2017 victory, said he was pleased to see the British tyre brand regain its competitiveness after several seasons in the doldrums.

"I hope I am a little bit part of this performance, because we worked on the Dunlop for so long!" noted Baguette, who switched to Real Racing in 2019. "I remember at the start of 2014, we were nowhere. And then we gradually improved, and finally we won a race together.

"I am very happy to see them improving because I know a lot of the guys, they are talented people and they know what they are doing.

"They were struggling with just one car, especially compared to Bridgestone, but now they have two cars so it will be very interesting to see how much more they can improve."

Honda on top as Super GT testing continues at Suzuka