Audi driver Loic Duval says the first safety car “saved me” after an early puncture had dropped him to the back of the field in the SUPER GT x DTM Dream Race at Fuji. 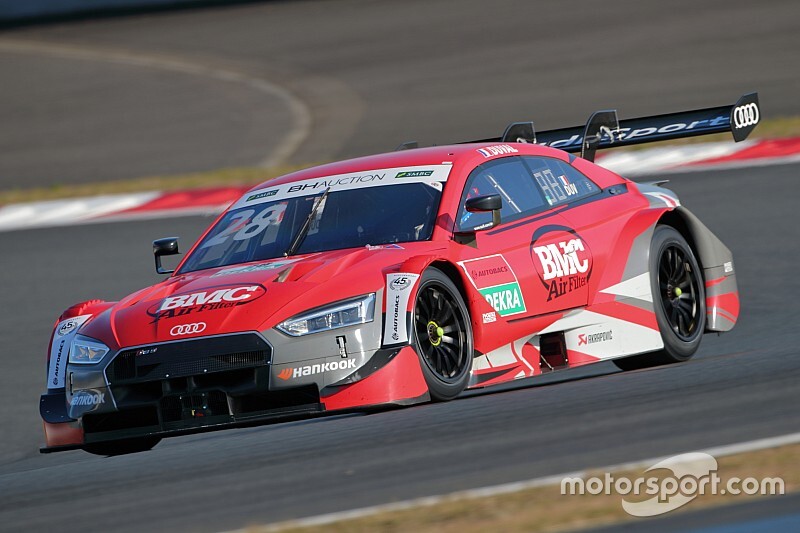 Polesitter Duval was running inside the top five when the left-rear tyre of his Audi deflated, leaving him plummeting down the order and forcing him to make an unscheduled pitstop.

But the debris which subsequently fell off his car prompted the deployment of the safety car, allowing him to close to the rear of the pack and return to contention.

By the second caution period Duval had climbed up to 12th, and he made further inroads to run third at the beginning of the final lap amid a messy second restart.

Asked if the first safety car aided his last-to-podium charge, Duval said: “At the end it was mixed because the [second] safety car killed me, but at the beginning for sure it saved me.

"At the first restart I didn’t push because I thought I had to go to the end, I was conservative. I opened the gap again, and then when the safety car happened and cars were able to stop, I was P12 after the second one. The second safety car made it all equal in the end.

“When I saw the second safety car I decided I didn’t want to be a passenger in the race, and have bad tyres, we decided to stop again for fresh tyres. This makes the difference.”

The final lap featured a titanic scrap between Duval and the lead BMW of Marco Wittmann, the two fighting for second place behind eventual race winner Narain Karthikeyan.

Duval ran alongside Wittmann at the exit of Turn 14 and appeared to seal the move at the next turn, but Wittmann managed to fight back at the final corner, pushing Duval wide.

Duval returned to the track and used the superior momentum to retake the position in the sprint to the flag, only to be handed a one-second penalty that pushed him back to third.

Reflecting on the final-lap battle, Duval said: “It’s never easy when it’s a normal restart [not the Indianapolis-style double-file restart], but I was still close to Marco and it was a cool fight. He tried everything to keep second, I tried everything to get it.

“For me it’s a shame to get a penalty because he didn’t leave me room. I did it also the corner before. They decide whatever they want; it’s not a championship, I don’t care about whether I’m second or third. But it was definitely good fun.”

Wittmann added: “The last lap was quite special. I mean even in DTM we don’t see that kind of fight often. And I have to say to Loic, it was really, really good fun.

"I knew that he’s on fresher tyres. I was trying to defend like hell to stay on P2 and he was attacking like hell to get to P2.

“It was a good fight, the last three corners especially. That’s what we wanted to see. At the end he got a penalty, but I think overall the show was great for the fans. Definitely enjoyed today.”