BMW factory driver Augusto Farfus admits his full-season commitment in the IMSA WeatherTech SportsCar Championship in 2023 is likely to impact the number of SUPER GT races he can contest for Team Studie.

Farfus joined Seiji Ara as a full-time driver at Studie this year upon the introduction of the new M4 GT3 that he played a key role in developing, but was forced to miss two of the eight races due to calendar clashes.

He skipped the May Suzuka race, which the team won in his absence with Ara and Tsubasa Kondo, in order to race in the Nurburgring 24 Hours, while he was also unable to race at Autopolis, as the GT World Challenge Endurance Cup season finale at Barcelona fell on the same weekend.

Farfus revealed that the intention is to continue his relationship with Studie for next year, but won't be available for any races overlapping with IMSA events after being named one of four full-time drivers in BMW's LMDh programme.

As things stand, only the Okayama season opener and August Fuji round fall in this category, but the Brazilian driver remains uncertain how many of the remaining six SUPER GT events he will be able to appear in.

"There are two clashes, but what we cannot foresee at the moment is testing, and if IMSA will hold more tests," Farfus told Motorsport.com.

"Definitely I want to be back and I will be racing here [in SUPER GT], but due to the LMDh commitment it won’t be a full season again. I don’t know how many races I can do yet. We also have to evaluate how many back-to-back races are in my schedule, because these are very hard.

"If it was just my decision, I would be here for the full season, even if it’s very far away and the travel is tiring, but in the end it’s BMW’s decision.

"I want to have a very clear picture by the beginning of the year, so I can tell Bob [Yasuaki Suzuki, team owner] that I will do for sure three, four, five races. It’s not fair on Bob to drop out of races at the last minute." 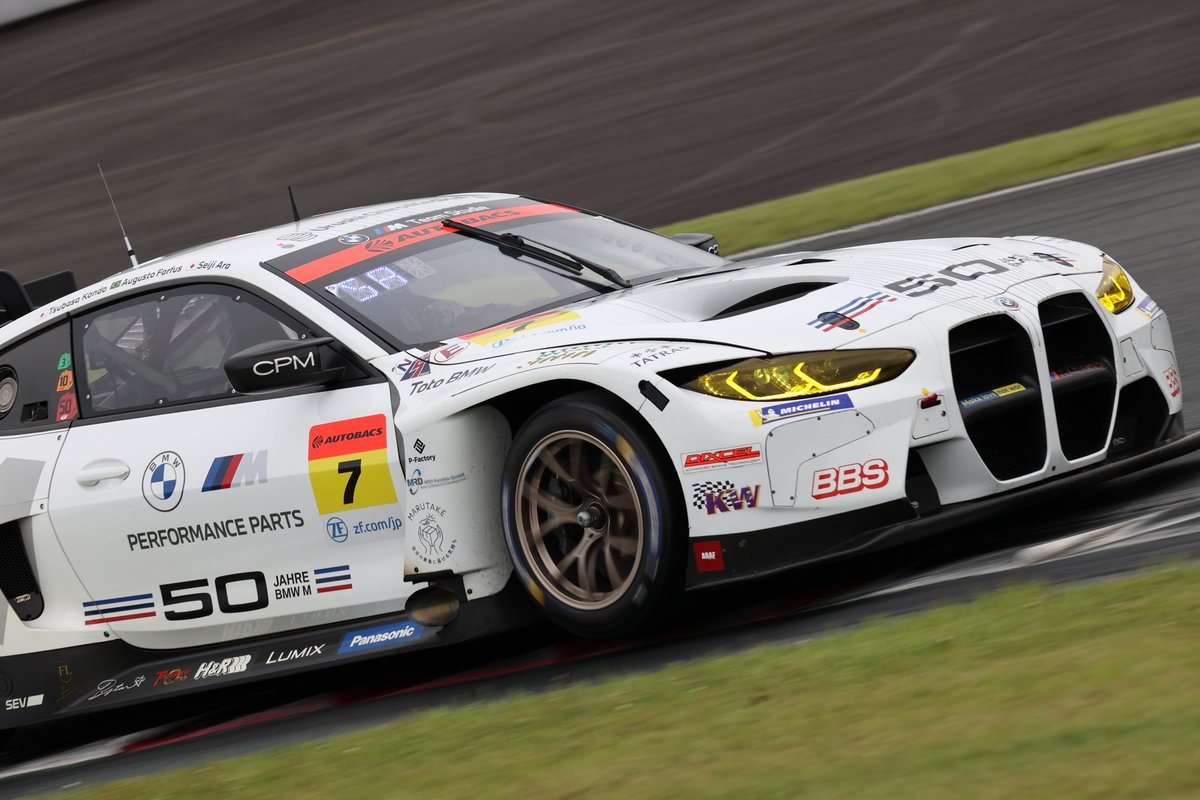 Farfus spent the 2022 season combining SUPER GT and GT World Challenge Europe Endurance Cup, while also contesting three of the four IMSA endurance events and the Nurburgring 24 Hours, on top of his extensive testing programme in both LMDh and GT3 machinery.

The 39-year-old is unsure whether he will contest GT World Challenge again, stating: "The only thing that is clear is IMSA and the Nurburgring 24 Hours, and I would love to do also the Spa 24 Hours."

Ara finished ninth in the GT300 standings, with he and Farfus scoring a best finish of fifth place as a duo in mixed conditions at Sugo.

Farfus feels Studie's progress in understanding its Michelin tyres will make the team a force to be reckoned with in 2023.

"I am sure next year will be a better year," he said. "We are getting to know the car and the tyres much better, so if we can put everything together, it should be the year.

"If I could bet… winning a championship is hard to say, but I am sure they will be one of the top teams next year."

Dissecting a SUPER GT season to forget for TOM'S