Rookie Fenestraz "surprised" to keep up with Yamamoto 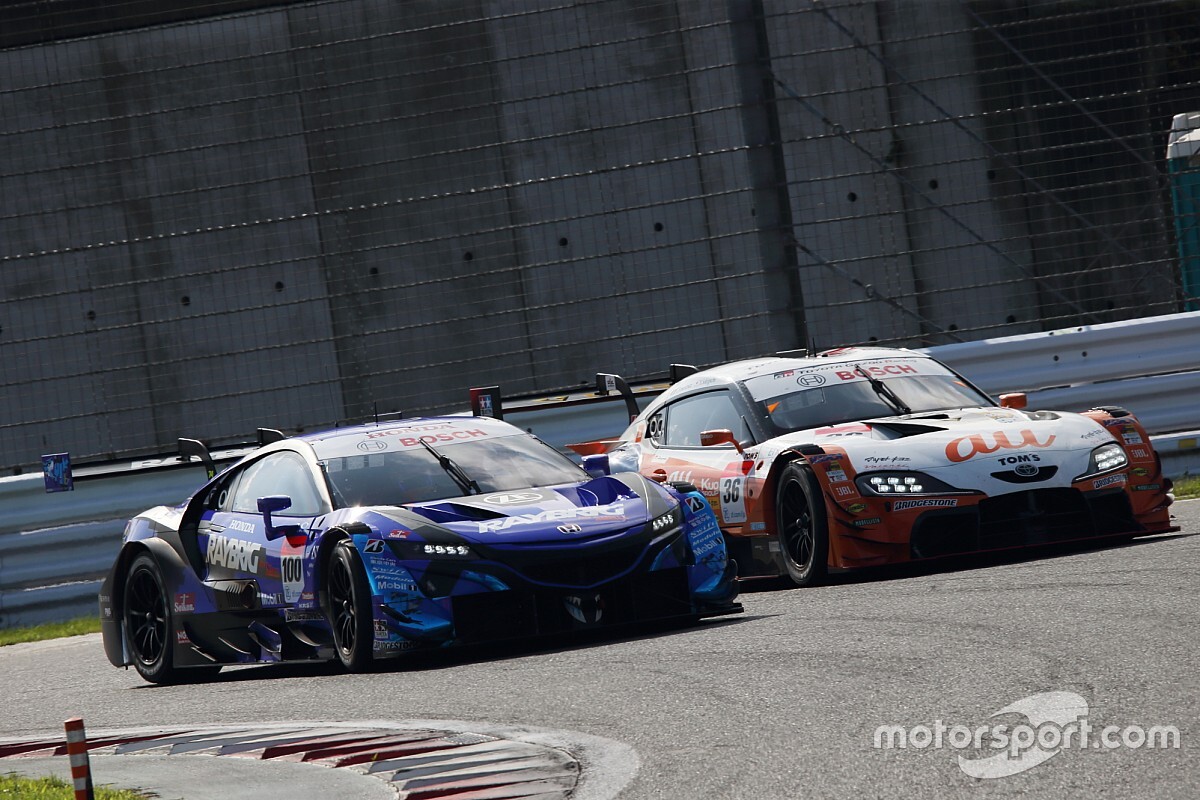 Sacha Fenestraz admits he was "surprised" he could keep up with Honda driver Naoki Yamamoto on his first outing as a Toyota GT500 driver in Sunday's Fuji SUPER GT race.

Stepping up to the top class with TOM'S after a season in the lower GT300 class, Fenestraz and his squadmate Yuhi Sekiguchi completed a one-two for the team behind the sister car of Nick Cassidy and Ryo Hirakawa, as Toyota locked out the top five.

Fenestraz qualified third but spent the bulk of his stint behind the wheel of the #36 GR Supra trying to find a way by Yamamoto in the Team Kunimitsu Honda NSX-GT.

By the time he finally found a way by the 2018 series champion, Fenestraz had fallen 12 seconds behind teammate Cassidy, and while a subsequent safety car closed up the field, Sekiguchi was powerless to challenge Hirakawa in the second stint.

"It was a bit horrible," Fenestraz said of his stint speaking to Motorsport.com. "I don’t know if you’d say it was a mistake, but I lost way too much time behind the #100 car.

"But on the other hand it was positive to be following Yamamoto because I was able to learn a lot from him through the traffic, how he was managing everything. I tried to followed him as close as possible, but it took me a long time to pass him.

"I think if I had a better start, if I overtook the #100 car straight away on the first lap or the second lap, I think I could have kept up with the #37. After I overtook the #100 I was a bit slower than Nick, but I had been following the #100 for 20 laps so I destroyed my tyres." 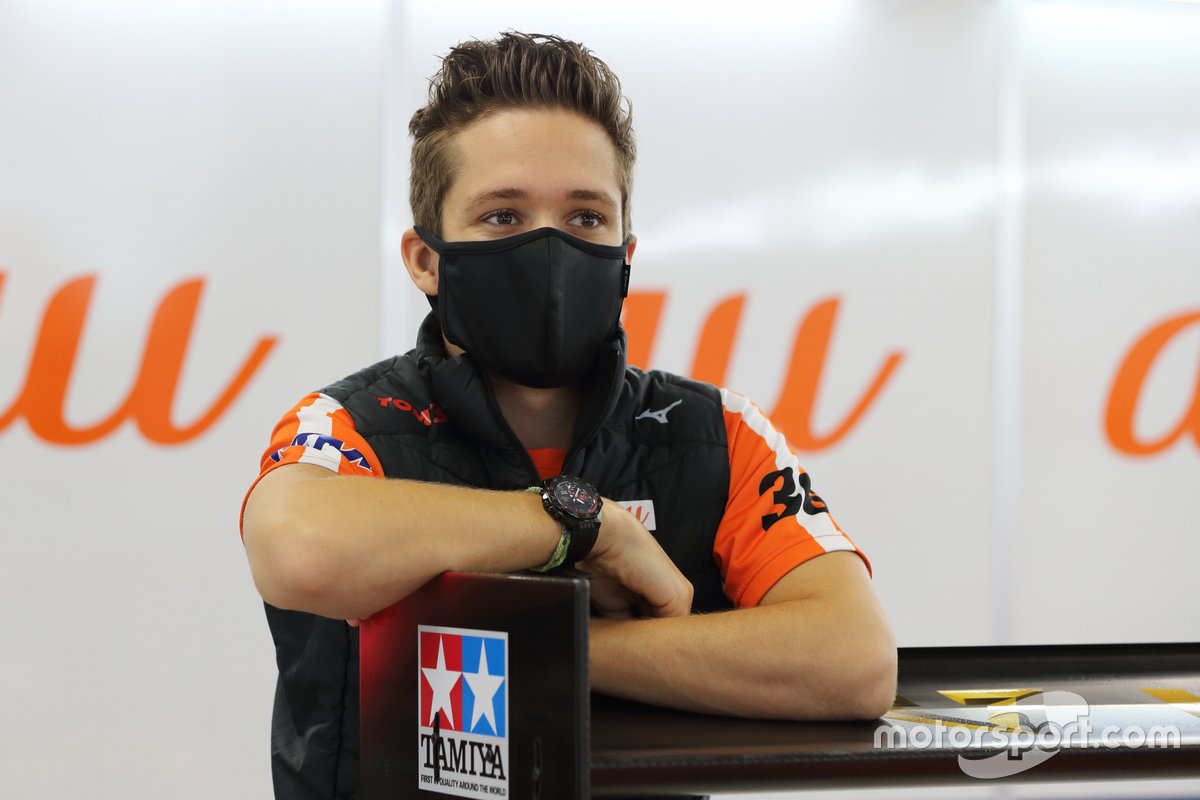 Yamamoto and Kunimitsu teammate Tadasuke Makino eventually faded to sixth, albeit best of the Honda runners, on a day that the new front-engined NSX-GT struggled for race pace.

Asked if he was surprised by Honda's woes, Fenestraz said: "I was, yeah. I didn’t think I’d be able to keep up with Yamamoto in my first GT500 race! He has a lot of experience, has won championships, he’s one of the best drivers in Japan at the moment.

"And then I was a bit surprised the top five were all Toyotas. I think Honda will improve a lot, and we have the [weight] handicaps, so it will get harder for us."

In the closing stages, Sekiguchi was forced to turn his attention towards fending off Sho Tsuboi in the resurgent #14 Cerumo Toyota in the fight for second.

Tsuboi and teammate Kazuya Oshima had come from 11th on the grid to complete the podium, with the safety car helping the pair make up for lost time.

"The weather forecast said this morning would be wet, and we chose a lot of soft tyres," Oshima told Motorsport.com. "But the afternoon was hot and we couldn’t use the soft tyre.

"We have only two sets of hard tyres and one of them was already used. That’s why we couldn’t get out of Q1. But compared to the [Nissan] GT-R and [Honda] NSX we have better straight-line speed and it’s not so difficult to overtake.

"For us the safety car was very good timing, and that’s why we could get a podium. We need to improve for the next race but today we had good pace." 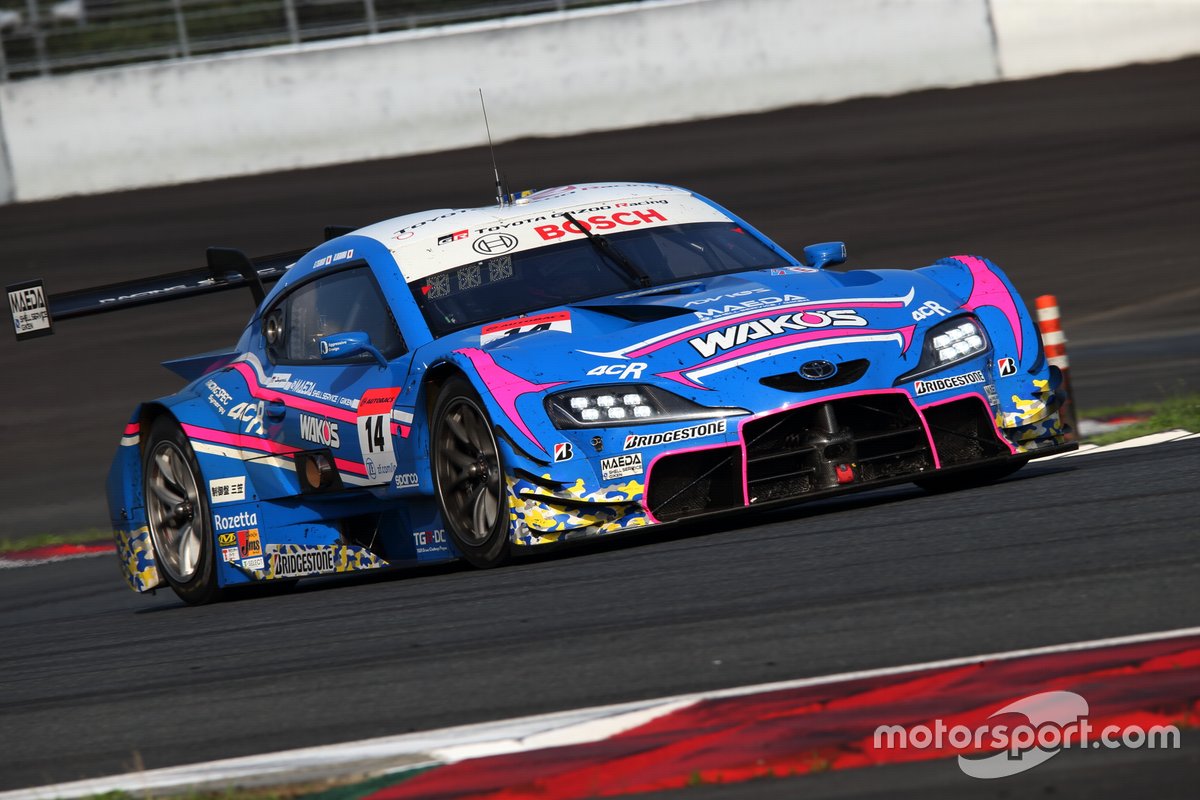