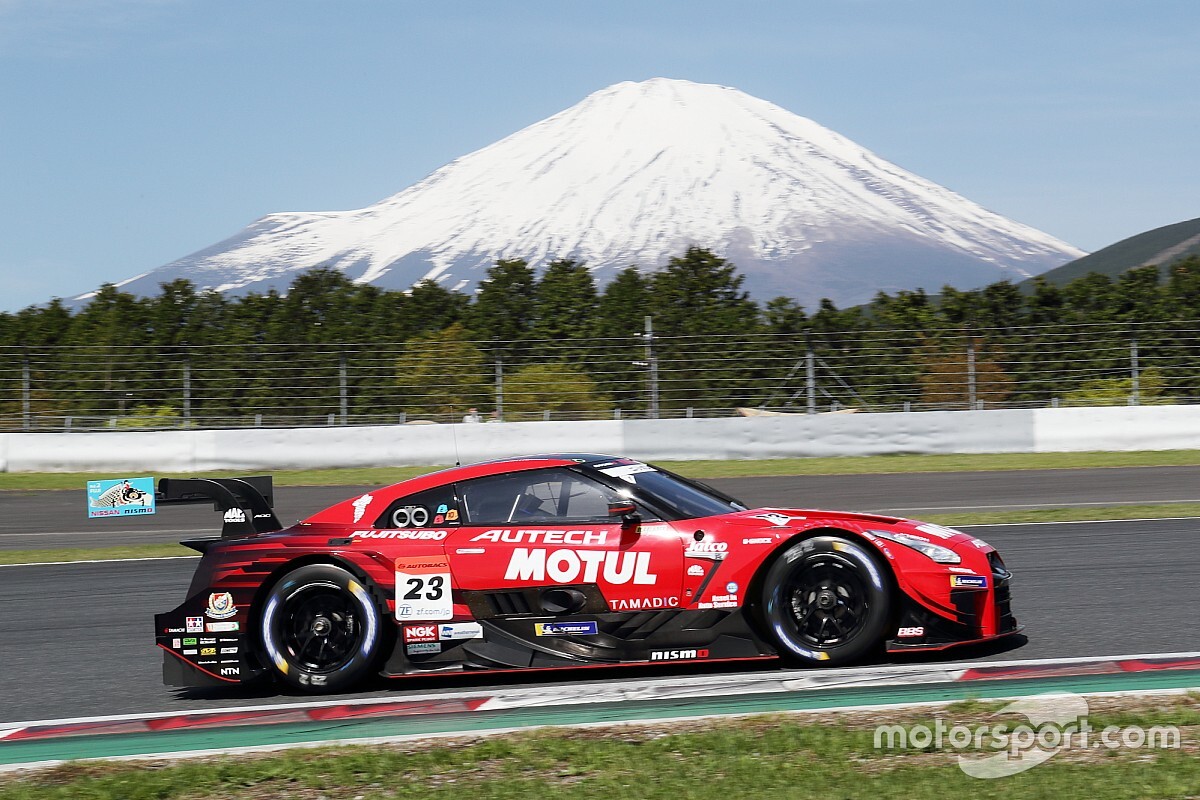 In a two-part session where times tumbled quickly towards the end, #37 TOM’S Lexus driver Nick Cassidy briefly assumed pole with a lap of 1m27.105s.

But with just 30 seconds to go, NISMO’s Quintarelli managed to break the 1m27s barrier, claiming his and Matsuda’s second successive pole with a time of 1m26.871s.

The laptime of Cassidy and teammate Ryo Hirakawa was good enough for second, the pair preventing what would otherwise have been back-to-back front-row lockouts for Nissan.

Daiki Sasaki and James Rossiter were third-quickest in the Impul Nissan, another two tenths down on the TOM’S pair, with Frederic Makowiecki and Kohei Hirate taking fourth in the similar GT-R run by the B-Max team.

Mugen led the charge for Honda in an otherwise difficult session for the Sakura-based manufacturer as Daiki Sasaki and Hideki Mutoh ended up 0.531s down on pole in fifth.

Formula 1 race winner Heikki Kovalainen and Yuichi Nakayama (Sard Lexus) bounced back from a difficult qualifying in the Okayama season opener to take sixth on the grid, ahead of the second Honda of Real Racing drivers Bertrand Baguette and Koudai Tsukakoshi.

Fuji master Yuji Tachikawa and Hiroaki Ishiura were slowest of the Q2 runners in eighth, while the top 10 was completed by LeMans Lexus duo Kazuya Oshima and Kenta Yamashita, and ARTA Honda’s Tomoki Nojiri and Takuya Izawa.

Reigning champions Jenson Button and Naoki Yamamoto were nearly a second off the pace in Q1 and will line up 12th on the grid, behind the #36 TOM'S car of Yuhi Sekiguchi and Kazuki Nakajima's stand-in Ritomo Miyata.

Nissan also claimed pole position in the GT300 category, with the #56 Kondo Racing GT-R entry of Kazuki Hiramine and Sacha Fenestraz setting a time of 1m35.871s.

Toyota 86 MC cars occupied the next two spots on the grid, with Kimiya Sato and Takamitsu Matsui qualifying second in the #25 Tsuchiya Engineering-run entry and #5 Team Mach drivers Natsu Takaguchi and Yuya Hiraki just 0.011s behind in third.