That was almost three tenths up on the second-placed Mugen Honda NSX-GT of rookie Toshiki Oyu, but around seven tenths short of the benchmark set by TOM'S Toyota man Sho Tsuboi in more favourable conditions on Saturday.

The two hour, 15 minute morning session began with a damp track following overnight rain, but conditions improved sufficiently for teams to switch slick tyres in the latter half.

GT500 rookie Oyu was the driver to beat in that session on a 1m28.834s, a time which looked like it might stand as the best of the day after a brief rain shower during the lunch break and another early on in the afternoon session, reduced to an hour due to the weather forecast.

However, the track quickly dried again and Quintarelli became the first to beat Oyu's earlier benchmark with just over an hour to run.

Oyu managed to improve over his morning time in the closing stages of the day, registering a 1m28.709s to leave himself 0.312s shy of the pace.

Hiroki Otsu made it two Dunlop-equipped Hondas in the top three with a late improvement of 1m28.828s, while Bertrand Baguette was fourth-fastest in the best of the Bridgestone cars, the Real Racing Honda, less than a tenth behind.

The #36 TOM'S car maintained its position as the best of the Toyota GR Supra contingent thanks to a 1m29.116s from Yuhi Sekiguchi, good for fifth overall ahead of Naoki Yamamoto in the Team Kunimitsu Honda.

Next up were the two Yokohama-shod cars, Daiki Sasaki putting the Kondo Racing Nissan ahead of Ritomo Miyata in the Racing Project Bandoh Toyota - one of a handful of cars not to improve in the afternoon session.

Two more Toyotas completed the top 10, the Rookie Racing machine of Kazuya Oshima and the #37 TOM'S car of Ryo Hirakawa. The #37 machine sat out the afternoon session after suffering an engine problem at the very end of the morning session.

After managing to complete only six laps on Saturday, the NDDP/B-Max Nissan was back in action on Sunday, going 12th-fastest in the hands of Katsumasa Chiyo.

The Impul Nissan was 14th, having suffered a brief engine cut-out that caused it to stop on track in the morning session, bringing out the first of the day's two red flags. The other was caused in the afternoon by an early spin for Takayuki Aoki in the Tomei Sports Nissan. 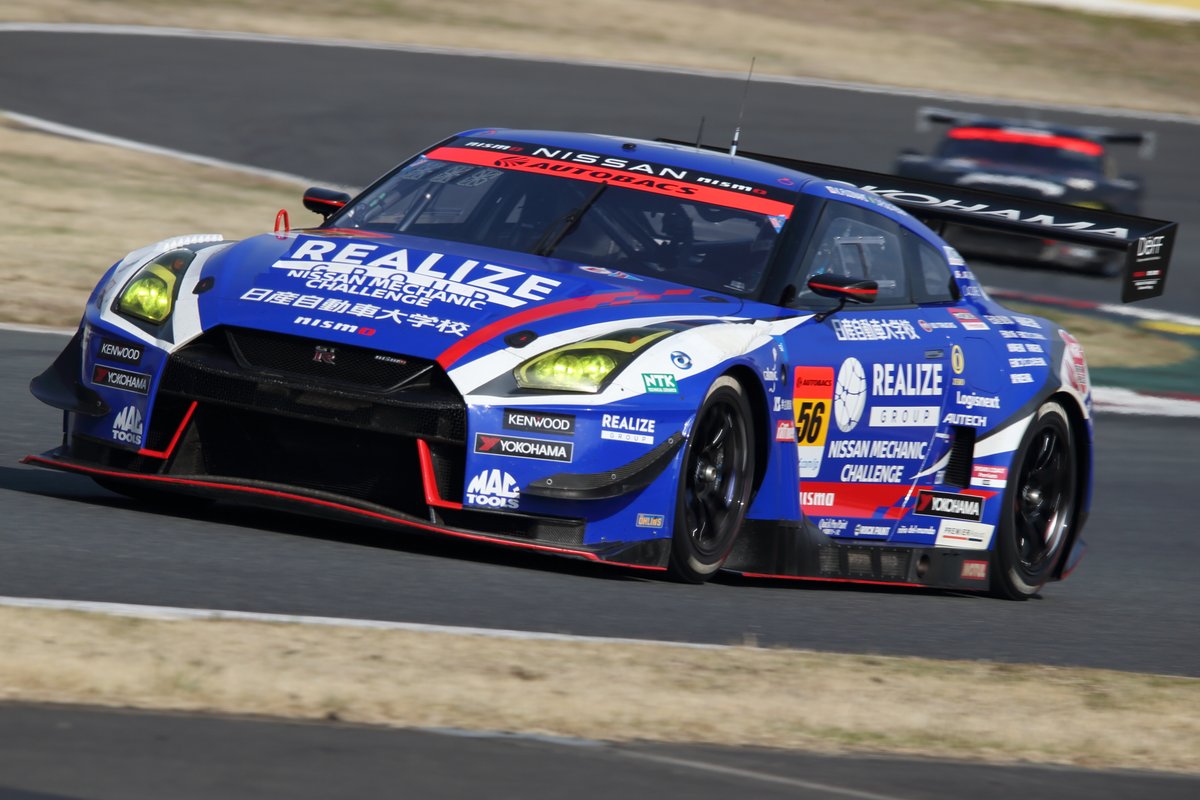 The Brazilian left it until the very end of the afternoon session to go fastest on a 1m37.128s and knock rookie Hibiki Taira in the K-Tunes Racing Lexus RC F GT3 off the top of the times.

Third-fastest was the Saitama Toyopet Toyota GR Supra GT300 of Kohta Kawaai, followed by Aoki in the Tomei Sports Nissan, Yuya Motojima in the best of the JLOC Lamborghini Huracan GT3s and Takuto Iguchi in the all-new second-generation Subaru BRZ.

Kawaai had topped the morning session ahead of the Hitotsuyama Racing Audi R8 LMS of Shintaro Kawabata and the Team Mach Toyota 86 MC of Reiji Hiraki.

The SUPER GT season will begin in earnest with the opening round at Okayama on April 10-11.