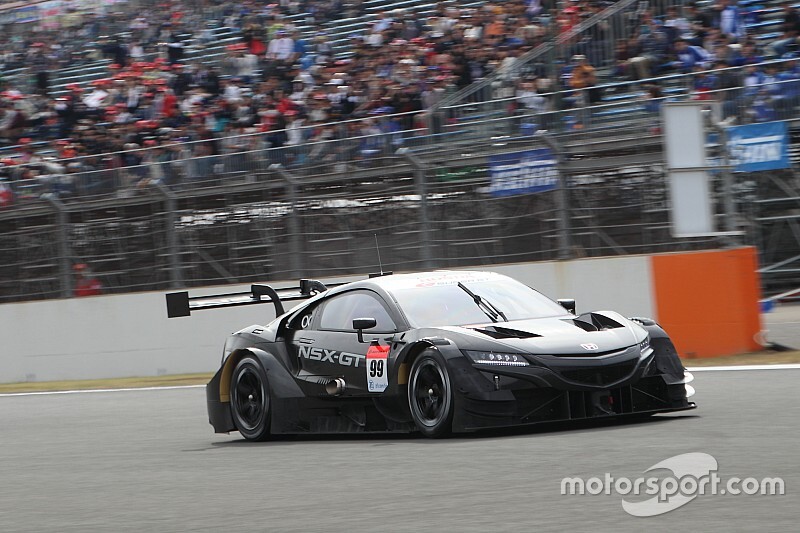 Honda's switch to a front-engined NSX-GT for the 2020 SUPER GT season means the manufacturer can no longer use some of the 'excuses' of previous years, believes Naoki Yamamoto.

The wholesale adoption of the Class One regulations jointly formulated by SUPER GT and the DTM for 2020 has forced Honda to convert its GT500 challenger into a conventional front-rear design, diverging from the midship layout of the road-going NSX.

It brings Honda in line with rival marques Toyota and Nissan, doing away with the need for series organisers to attempt to balance two different types of drivetrain.

Yamamoto, who won the GT500 title alongside Jenson Button in 2018, has played a key role in the development of the new machine, which made its public debut at last year's Motegi SUPER GT finale alongside the new Toyota GR Supra and Nissan's 2020-spec GT-R.

Private testing resumed at the end of last month with a four-day test at Sepang in Malaysia, which was attended by all three manufacturers.

Yamamoto's said his first impressions of the front-engined NSX-GT were positive, explaining that the impact of changing engine layouts was less pronounced than expected.

“Suddenly [the car] has become front-rear; but I can’t say that the know-how isn’t there and I can't fight,” Yamamoto told Motorsport.com. “I get the feeling it will be a car that can fight properly throughout the season.

“There are things that don’t change even with the transition from midship to front-rear, this I could recognise as a driver. Having a front-rear layout has never been a negative thing, so I’m happy to switch to front-rear. Either way, it felt like an NSX-GT.

“Honestly, I think having a midship car has given us some excuses up until now. Regarding the character of the car, we honestly believed that it was true [that the position of the engine had an effect]. But in actuality it wasn’t like this.

"There are some parts that remain the same even after becoming front-rear, and while testing I realised the areas to improve were different to the ones I first thought. The negative parts are the same as previous NSX-GTs."

Despite the disadvantage in terms of accumulated front-rear experience, Yamamoto feels that Honda is highly motivated to bounce back in 2020 after what was a disappointing final season for the mid-engined NSX-GT that yielded a sole race win.

"In order to win the championship we must reduce the weak points as much as possible," said Yamamoto. "It’s the same for Nissan and Toyota, I think.

"The other manufacturers have front-rear data, and some parts can be improved using that. But on the other hand, the fact we have become front-rear means we are on a level playing field, which creates an atmosphere [within Honda] of aiming to surpass everyone.

"There is a desire to get better and better within HRD in Sakura and among all the drivers. There is a very good atmosphere today."