Frederic Makowiecki has set his sights on a first victory with Nissan in SUPER GT on the back of a promising start to his 2019 campaign.

By:
Rachit Thukral
Co-author:
Tomohiro Yoshita
Listen to this article

Makowiecki and Hirate’s signing, combined with a reshuffle in management, has led to a major upturn in B-Max’s performance, and the team has finished every race in points so far - including securing a fourth-place result at Okayama.

Makowiecki says he is encouraged by the performance of the Michelin-shod team and is targeting the top step of the podium by the end of the season.

Despite showing superior pace in testing, Nissan remains the only GT500 manufacturer to win a race this season, with Lexus and Honda sharing the spoils in the first four races of the year.

“It’s a new challenge because this year many change in the team with two new drivers, with slightly new structure,” Makowiecki told Motorsport.com.

“We try to get good results, let’s see what we are able to do. Because in SUPER GT I think we were in a situation when we learnt each other and we started to improve each other.

“And now I would like from now to the end of the season I’d like to show our full potential and go get some podium and win.

He added: “I mean we already got some chance to do podium in Okayama and Fuji. we could have [had] the podium. Now let’s try to do one step better and win a race.”

Makowiecki last raced in SUPER GT between 2013-14 as a factory Honda driver, scoring two wins and securing a best result of fourth in the drivers’ standings.

The French driver, who continues his association with Porsche alongside his new commitments with Nissan, says the GT500 cars are significantly faster now than they were half-a-decade ago, despite a major rule change in 2017 to cut downforce levels.

“The approach of the race is the same,” he explained when asked how SUPER GT has changed in his absence. “I think since the beginning of the year I could quickly do a correct job in the race.

“I struggled a little bit in qualifying to feel comfortable to use the peak grip. Now [Thailand] was better.

“The only difference is car quicker, the car a lot quicker than 2014, several seconds and this make[s] it more exciting.” 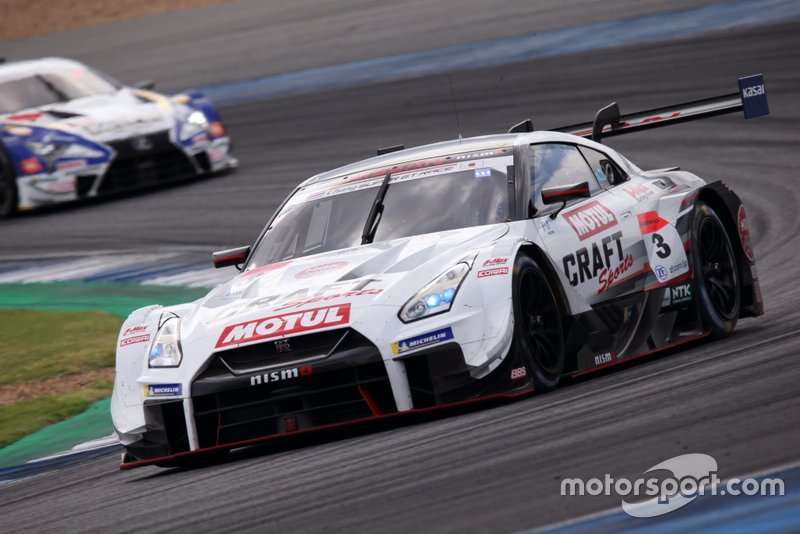 Porsche's Lietz to miss Monza due to COVID, Makowiecki steps in